Taiwan barred from WHO assembly despite efficient response to COVID-19 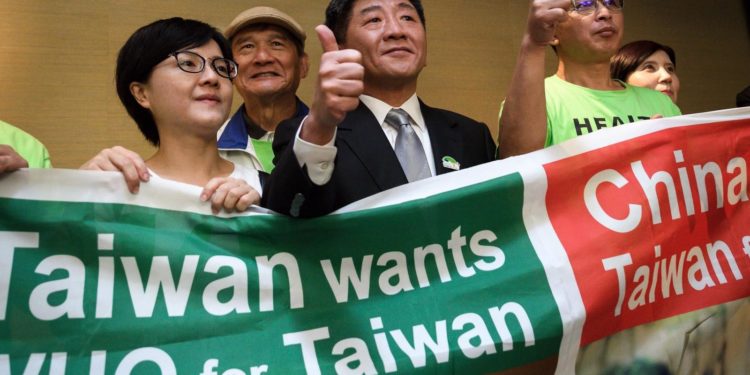 Despite winning global praise for its efficient response to the coronavirus pandemic, Taiwan did not get invited to this week’s meeting of a key World Health Organization (WHO) body, an omission Taiwanese and US authorities have blamed on pressure from China.

Non-WHO member Taiwan had been lobbying to take part in the WHO’s decision-making body the World Health Assembly, which opened on Monday, saying that to lock it out was to create a gap in fighting the coronavirus pandemic.

Instead, WHO member states agreed at the start the assembly to delay a controversial discussion on granting Taiwan observer status, despite the United States and others stepping up pressure in recent days.

Taiwan had said it wanted to share with the world its successful experience at fighting the coronavirus, having only reported 440 cases and seven deaths thanks to early detection and prevention work.

But China, which considers democratically-ruled Taiwan its own with no right to attend international bodies as a sovereign state, strongly objected to Taiwan taking part in the assembly unless it accepted it was part of China, something the Taipei government refused to do.

“Despite all our efforts and an unprecedented level of international support, Taiwan has not received an invitation to take part,” Foreign Minister Joseph Wu told reporters.

“The Ministry of Foreign Affairs expresses deep regret and strong dissatisfaction that the World Health Organization Secretariat has yielded to pressure from the Chinese government and continues to disregard the right to health of the 23 million people of Taiwan,” Wu added.

Taiwan’s Presidential Office also expressed anger, saying the Taiwanese people have “the absolute right” to participate in the international community and that the island would not bow to Chinese pressure.

Both the WHO and China say Taiwan has been provided with the help and information it needs during the pandemic, which Taiwan has strongly disputed.

US slams ‘pressure from China’

The United States has repeatedly clashed with China over its refusal to allow Taiwan full access to the body, helping to further fuel tension between Washington and Beijing.

US Secretary of State Mike Pompeo on Monday condemned the WHO’s delay on whether to include Taiwan, saying it proved US charges that the UN body was beholden to China.

Pompeo said WHO Director-General Tedros Adhanom Ghebreyesus, who has been harshly criticized by President Donald Trump’s administration, “had every legal power and precedent” to include Taiwan in the meeting.

“Yet he instead chose not to invite Taiwan under pressure from the People’s Republic of China,” Pompeo said in a statement.

“The Director-General’s lack of independence deprives the Assembly of Taiwan’s renowned scientific expertise on pandemic disease, and further damages the WHO’s credibility and effectiveness at a time when the world needs it the most,” Pompeo said in a statement.

Taiwan attended the assembly as an observer from 2009-2016 but China blocked further participation after the election of Taiwan President Tsai Ing-wen, who China views as a separatist, an accusation she rejects.

“Understandably, countries want to use the limited time available to concentrate on ways of containing the pandemic,” he said.

“For this reason, like-minded nations and diplomatic allies have suggested that the proposal be taken up later this year when meetings will be conducted normally, to make sure there will be full and open discussion,” Wu added.

“After careful deliberation, we have accepted the suggestion from our allies and like-minded nations to wait until the resumed session before further promoting our bid.”