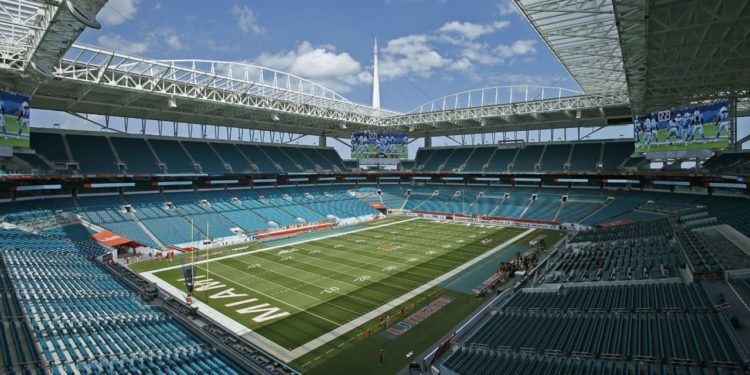 NFL teams stand to lose a combined $5.5 billion (5 billion euros) in stadium revenue if the 2020 campaign is played without any spectators, according to a Forbes magazine estimate.

The magazine, which annually values each NFL club, said the amount teams would lose with no spectators due to the coronavirus pandemic equals 38 percent of total NFL revenue from the 2018 season, the latest from which figures are available.

It’s uncertain whether or not fans will be able to attend 2020 NFL games, with state shutdown regulations against large crowds and possible medical advances likely to impact such plans.

Players would also take a hit as well as club owners, since they are set to receive 47 percent of football-related income under a collective bargaining agreement reached in March.

The absence of spectators would hit some teams harder than others, but none more than the Dallas Cowboys, who would lose $621 million in stadium income — more than the total revenue of any other NFL franchise and a huge chunk of their $950 million total revenue.

New England Patriots would lose $315 million from total revenues of $600 million while the New York Giants ranked third at $262 million lost from $519 million in total revenue.

The Tampa Bay Buccaneers, 24th of 31 teams on the list with $119 million in lost revenue from a $400 million total, would expect a major jump in ticket sales and associated income after signing six-time Super Bowl champion quarterback Tom Brady.

And the two bottom teams on the list, the Los Angeles Chargers and Las Vegas Raiders, are set to move into new stadiums with vast boosts in ticket sales and associated income to be expected from the venue switches.

The Raiders figures would show $77 million in lost revenue from a league-low $357 million total, but those figures came in Oakland while the team is set to play in a brand new 65,000-seat, $1.8 billion stadium in Las Vegas in 2020.

The Chargers, second-worst in the report with $93 million in lost revenue from a $375 million total, are set to move from a smaller venue into a new $5 billion stadium with 70,000 seats for regular NFL games.

The Los Angeles Rams, set to drop $121 million off total revenue of $401 million, would also make the move into the new stadium.