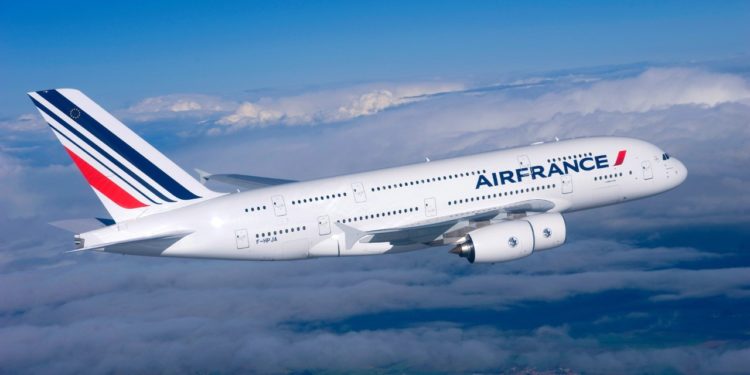 The judgement of the presiding Judge, Saliu Saidu was sequel to a breach of contract of carriage by air suit filed on behalf of the plaintiffs  against the Airline by a Lagos lawyer, Barrister Folabi Kuti, from the law firm of Osaro Egbobamien SAN

The Judge and her husband

were  claiming the sum of N30 million being compensation for,loss,and delay in delivery of their luggage as well as  anguish and mental distress both of them suffered as a result of the breach of the contract.

In a statement of claim filed  and argued before the court   on behalf of the couple by  Mr Folabi Kuti the plaintiffs alleged that they boarded the defendant’s passenger aircraft, Flight AF3849 from Lagos to Paris on 23 July, 2015 and then from Paris to Florence on Flight AF1066.

At the point of embarkation in Lagos, they duly checked in a total of three pieces of Registered Luggage with the Airline, two belonging to the Judge, whilst the remaining one contained personal effects of the husband and other valuables.

However, at the point of disembarking on arrival in Italy on 24 July, 2015 only two pieces of luggage belonging to the Judge were delivered. Chief Lawal discovered that his own luggage was lost or had been converted by servants of the Airline working in the course of their employment. The airline was immediately alerted.

The following day a staff of the Airline brought a luggage to their hotel, but the wrongly tagged luggage was not his own.

Consequently, the staff left with the baggage with a promise that he will do everything possible to deliver his luggage as soon as possible.

Thereafter on 26 July, 2015 they departed to Florence, Paris and further to London. The Judge checked in two pieces of luggage but upon arrival in London on the same day it was discovered, much to Mrs Lawal’s shock and chagrin that the Airline had failed to deliver the two pieces of her Luggage. A formal complaints was subsequently lodged with the airline.

Subsequently, a smaller luggage was deliver to the Judge three days later in Kent while the larger suitcase was delivered to her five days later.
On 29 July, 2015, Chief Lawal averred that he was contacted by an unidentified person on the internet, claiming to be in possession of his luggage.

It was assumed that this individual had apparently broken into his luggage, and was able to orally identify the contents thereof including his iPad, and sensitive drug medication.

He then advised the individual to return the luggage to the Airline. Thereafter, he informed the airline about this development. Nonetheless the Airline has not been able to deliver his luggage.
In spite of the complaints about the action of the Air France his luggage was not found.

Consequently, the plaintiffs sued the Air France  claiming general damages in the sum of N30 million and 2,871 British pounds sterling for the lost of luggage and content thereof,and compensation for the mental anguish and mental distress they have suffered.

They also urged the court to declare that Air France was negligent, and its action amounts to a breach of contract of carriage by air,and willful misconduct.

However, in response to the plaintiffs statement of claim, the defendant filed statement of defence through their counsel barrister Ogunyemi Olanrewaju, and in prove of their defence called one witness, one Helen Onomerike who testified and tendered nine exhibits.

The defendant contended that it ought not to be liable for the delay in the delivery of Justice Oke Lawal’s luggage, as the uncontroverted and unchallenged evidence before the court shows that despite the fact that the judge’s two pieces of luggage were delivered to her late, the defendant had taken all steps that could reasonably be expected of it in the carriage and delivery of the luggage, referring to the Article 19 of the Montreal Convention,and in the event that this court holds the view that the defendant is liable to pay compensation to the judge for the delay in delivery of  her luggage, compensation ought to be according to  the Montreal convention, 1999.The judge has failed to make any special declaration in delivery at destination and has not made any additional payments in support of any such declarations,she cannot seek and she ought not to be paid any compensation over and above the limit provided in Article 22(2) of the Montreal Convention.

The provisions of 22(2)and Article 29 of the Montreal Convention, 1999 are the relevant and applicable provisions in the determination of what compensation is due to Chief Bayo Lawal herein and a such his claim of N30million for loss of his luggage should be dismissed. Special damages are damages, injuries and losses which are outside the realm of the contemplation of the parties to a contract and as such cannot be awarded arbitrarily, especially when  he failed to make any special declarations as to the content of his luggage to the defendant

The defendant, then urged the court to dismiss the claims of the plaintiffs.

Justice Saidu, in his judgement after appraising the submission of the two parties  said “The provisions of section 22(2) of the Montreal Convention 1999, is very clear, the damages arising from loss or delay of luggage is limited to 1,000 Special Drawing Right. Where the words of statute are clear, plain and unambiguous, recourse to preamble, title, context and purpose will not be necessary.

It is part of the evidence of the plaintiffs that they carried out some actions in seeing to the recovery of their baggage. These actions of the plaintiffs will definitely incure additional expenses in the course trying to locate their luggage.

The defendant having admitted that it lost Chief Bayo Lawal’s luggage and delayed the delivery of Justice Oke Lawal’s luggage, l gave judgement in favour of the plaintiffs as follows:

General damages in the sum of N500,000 only in favour of the plaintiffs. 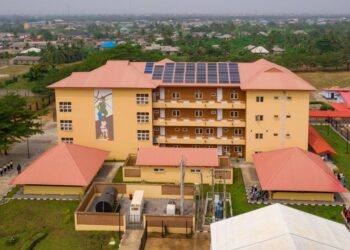