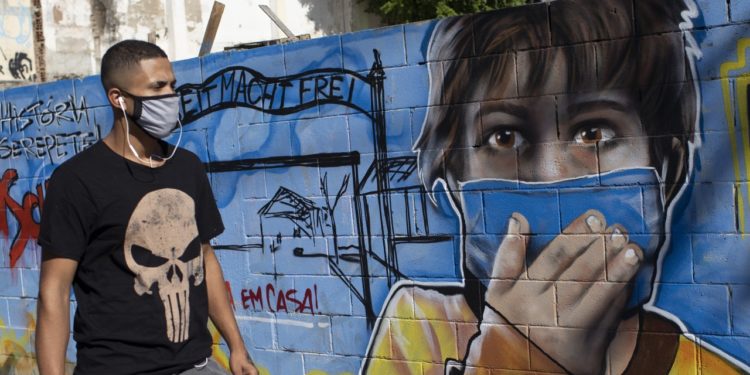 The US announced Sunday that it is suspending the entry of non-US citizens traveling from Brazil due to the coronavirus pandemic.

“Today, the President has taken decisive action to protect our country by suspending the entry of aliens who have been in Brazil during the 14-day period before seeking admittance to the United States,” said White House spokesperson Kayleigh McEnany in a statement.

The South American nation has become a coronavirus hotspot in the region and now has the second highest number of confirmed cases in the world with more than 347,000 infections.

It has also recorded over 22,000 deaths from the virus, which has killed more than 344,000 people worldwide.

Health experts say the real number of cases could be even higher because of insufficient testing in the country of around 210 million people.

“Today’s action will help ensure foreign nationals who have been in Brazil do not become a source of additional infections in our country,” said McEnany.

The new restrictions do not apply to the flow of commerce between the US and Brazil.

The announcement came days after President Donald Trump said he is considering imposing a halt on all travel coming from Latin America and Brazil amid worsening coronavirus outbreaks in the region.

“We are considering it,” Trump said Tuesday when asked by a reporter about possibly imposing the sweeping travel ban. “Brazil has gone more or less herd, and they’re having problems.”

Separately on Friday, the World Health Organization announced that South America has become a new epicenter of the pandemic with Brazil the hardest-hit.

More than 1.6 million people have contracted the disease in the US, and the death toll stands at more than 97,600, according to data from Johns Hopkins University.