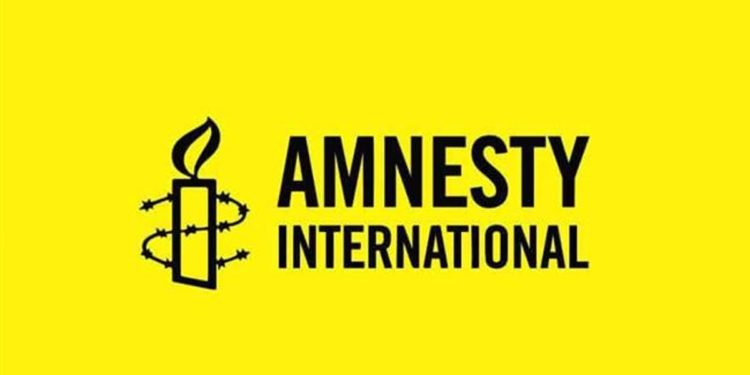 Amnesty International has said that the Nigerian military has detained over 3,600 children.

Among the 3,600 children, whose detentions are described as unlawful with children, Amnesty International said they were never charged, much less prosecuted for any crime. They were denied rights to seek counsel, appear before a judge, or communicate with their families.

Citing data from the United Nations, Amnesty International (AI) stated that when children flee Boko Haram controlled areas, they, like everyone else, were put through “screening” by the Nigerian military and Civilian Joint Task Force (CJTF), often in informal front-line detention facilities like Bama Prison and barracks in Monguno and Damboa.

Several men and boys AI interviewed by said they “confessed” to stop the torture, even though they had not been affiliated with Boko Haram, much less committed a crime; they had only lived in a village controlled by the armed group.

“After conducting the ‘screening,’ the military transfers alleged Boko Haram members and supporters to longer-term military detention facilities like Giwa Barracks in Maiduguri and the Kainji military base in Niger State even if there is no evidence the individual ever committed violence against another person,” AI added.

In the words of AI, in those facilities, children are regularly detained with adults, despite prohibitions on such mixing under Nigerian and international law. In several military detention facilities,”

Amnesty International also documented rape and other sexual violence against children by other detainees with the Nigerian authorities failing to respond appropriately despite being made aware of the abuse in at least some instances.

It stated that in Giwa, Kainji, and other military detention facilities, children had lived in conditions that amount to widespread torture or other ill-treatment, constituting war crimes and possible crimes against humanity.

“Cells are so packed that children are forced to sleep while seated or must lie crammed together on their sides with more than 200 other children and adults,” AI added.

Meanwhile, UNICEF has reported that only around 25 per cent of children in Borno State were in school.

Children in some displacement sites — even ones where more than 10,000 people live, around half of whom are children —have had no access to school. In Dalori 2 Camp outside Maiduguri, for example, state authorities dismantled the camp school in mid 2018. As of April this year, it had still not re-opened.
AI added: “Other children are unable to access education either because of the distance required to travel to the nearest school or because of the associated costs like transport costs and uniform fees. Any such cost is extremely difficult for many displaced families, for whom every naira of money often goes toward food and other essentials needed to survive.”
The organisation continued that many children were forced into working or begging for money to help in their families’ survival, keeping them out of school or, if they are registered, forcing them to miss class regularly.
“The restrictions on humanitarian access, as well as problems with on-time and sufficient food assistance in camps where the Nigerian authorities are responsible for aid delivery, exacerbate the problems,” AI pointed out.

According, it noted that even for the minority of displaced children who can attend school, the Nigerian authorities were often not fulfilling their right to an education. Class sizes tend to be enormous.

“Teachers are habitually absent, due in part to the continued insecurity in most of Borno State. Even when teaching occurs, children often described the lessons as rarely going beyond the ABCs and basic numbers.

“The overall poor quality of the education reinforces some parents’ decision to instead have children help with work or attend Quranic schools, despite these institutions also not providing an adequate level of education as required under international law.”

Amnesty said the crimes committed against children by Boko Haram and by the Nigerian military demand justice and reparations, as do both sides’ wider crimes under international law.

It bemoaned that the Nigerian authorities have proven unwilling to ensure such accountability. It is time for the International Criminal Court to conclude its preliminary examination into the situation in Nigeria and open an investigation.

AI, therfore, demanded that the Nigerian authorities immediately release all children in military detention or bring them before a civilian court, ensuring due process as enshrined in the Nigerian constitution and ratified treaties.

Adding the AI said it was long overdue for the Nigerian authorities, including the military, to uphold these obligations. Children coming out of Boko Haram-controlled areas need support, including psychosocial support and access to education. The Nigerian government needs to make a far bigger, and more gender-equitable, investment in these areas, with donor support.

“Nigeria’s international partners should be ready to support programmes that help fulfil children’s rights and that respond to the enormous needs that exist in Northeast Nigeria. But they should not prop up programmes that would never pass muster at home.

AI, however, advised they they should ensure their funding is inclusive of women and girls, given the conflict’s enormous impact on them, and is directed toward programmes that involve meaningful community consultation and engagement.

“Children have borne the brunt of this crisis. Instead of compounding Boko Haram’s abuses, Nigeria must reverse course by protecting children, teachers, and schools from attacks, ending unlawful detention, and guaranteeing access to education and psychosocial support,” Amnesty said.