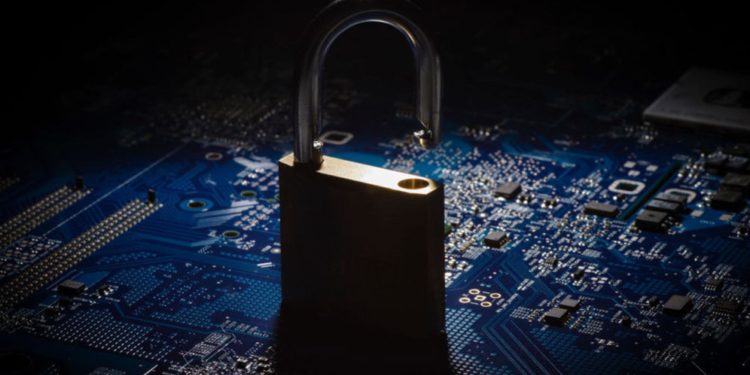 A server hacker, Abass Mohammed and a Bureau De Change (BDC) Operator, Ibrahim Saliu Jogal have been convicted and sentenced to four years imprisonment by an Igbosere High Court, Lagos, for hacking into Union Bank Plc’s server and defraud it of sum of 220,000 US Dollars.

Both Mohammed and Jogal were sentenced and convicted after pleaded guilty to three counts charge preferred against them by the Economic and Financial Crimes Commission, EFCC, before the court presided over by Justice K. A. Jose.

EFCC arraigned the two convicts before the Court on the charges, after concluding an investigation on a petition written by Union Bank alleging that it’s server base known as flexcube has been hacked.

According to the statements of offence, EFCC alleged that the defendants on May 16, 2013 within the jurisdiction of the court with intent to defraud and knowing that the said sum was a proceeds of hacking into bank database retain the possession of the sum and convert to personal use.

The defendants pleaded not guilty to the three count charges levelled against them consequently which led to commencement of trial.

In proofing the allegations before Justice Jose led-court, the anti graft agency presented three witnesses and tender several documents to convince the court of their guilty.

In their testimonies before the court, the first witness, Inspector Nkeson Joseph told the court that investigation revealed that the fraudulent act was carried out by a syndicate and the name of one of the syndicate members was Salisu Liman alias Zico who was its leader.

“It was discovered that the first defendant, Abass Mohammed sourced for the account details of Jaxmine BDC from one of his friends, Lawal Ubah who was the signatory to the account and gave it to the Zico and the sum of four hundred and fifty million naira (N450,000,000) was falsely credited into the account”

On his part, the Union Bank Official, Mr. Vincent Agwu revealed to court how First Bank Plc was used as an instrument to perpetrate the fraud.

He stated that on the 9th of January, 2013 the manager of a branch in Niger State was about to make a cheque withdrawal payment of N4.5 Million to the account of one A & B Consult Limited when he discovered that the account had never had any sum close to that amount before and after looking through the account he could not see any deposit that could give rise to the balance of the withdrawal that was to be made.

“The development which led to the apprehension of the account holder and he was handed over to the police.

“And on the following day at the Bank’s head office annex In Abuja, another account holder Zion Heritage Global Services came to the bank and made a cash withdrawal of N1 Million which was paid and came back the following day to do a transfer to three different accounts in First Bank amounting to N349 Million and this made the bank to make an enquiry on the account.

“It was detected that the account balance was falsified to the tune of N350 Million as there was no deposit Into the account and the account holder was also apprehended and handed over to the police.”

According to him, the two incidents prompted the bank to carry out investigation and it was discovered that four other accounts of which three were bureau de change being Gona BDC, Jaxmine BBC and Dankawo BDC had their account balances falsified to the tune of N450 Million each while another company called God’s Will Great Communation had its account falsified to the tune of N250 Million.

Upon conclusion of the prosecution’s case, the defendants testified for themselves and cross examine the prosecutor witnesses.

The second defendant, was not represented by lawyer and the Court explained to him that he could choose not to give evidence at all, or give evidence in the dock or enter the witness box. Out of these options he chose to testify from the dock.

After conclusion of trial, Justice K. A. Jose found the defendants guilty of count 2 & 3 while discharging them of the count one which is conspiracy to defraud as their was no evidence shown to proof that they agreed to carry out the illegal act.

In an alocutus plea, the first defendant lawyer, Mr. Opara urged the court to give his client, Abass Mohammed, corrective punishment having show remorseful attitude and making effort to return the money and property purchase with the proceed to the EFCC.

Delivering Judgement, Justice Jose sentenced Abass Mohammed to one year imprisonment and ordered the forfeiture of $44,000 US dollars and the car recovered from him to Union Bank.

The judge sentence his accomplice, BDC Operators, Ibrahim Jogal to three year’s imprisonment and forfeiture of $200,000 US dollars recovered from him to the bank.

Justice Jose added that his properties are to be sold for the purpose of restitution of the $220,000 US dollars to the bank.