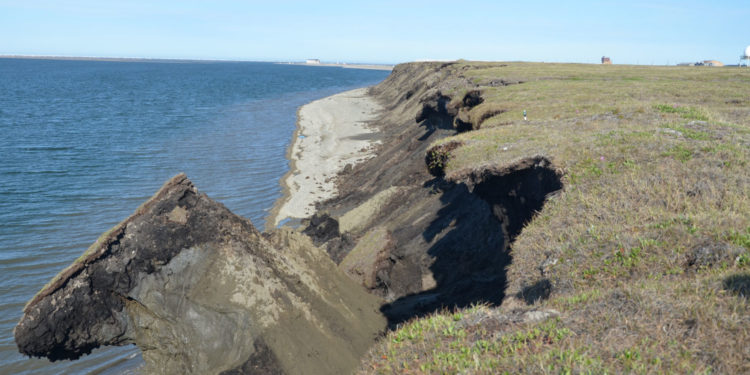 The Lagos State Government has called on the Federal Government to assist with about N400bn to help save the nation’s coastlines from erosion.

The Commissioner for Water Front Infrastructure Development, Kabiru Abdullahi, made this appeal on Wednesday at the Ministerial Press Briefing to celebrate Governor Babajide Sanwo-Olu’s one year in office.

He announced that Lagos had constructed groins and needed to wade off violent ocean currents eating up the nation’s coastline.

Abdullahi, however, decried that the situation was increasing environmental degradation, erosion and flooding.

Speaking on the Eko Atlantic City Project, the commissioner explained that so far, 18 groins have been constructed at 400 metres intervals covering a distance of about 7.2 kilometres.

“We still have about 60 kilometres to go. It is estimated to cost about N400bn. Not a dime of the Ecological Funds has been accessed on this. It has all been financed by the state”, he highlighted.

Noting that there were issues with some federal government agencies on certain activities, land speculations, reclamation of land for urban development and dredging, he appealed that protection of the Nigerian coastline should not be left for the state to handle alone.

Hee listed: “The recently released tranche of Abacha loot of about 313million dollars is supposed to also go into infrastructure. I don’t think of any better infrastructure that would do justice other than this one”.

On activities of illegal sand dredgers, he said that the practice posed danger to the culprits, adding that regulations would soon be unveiled.