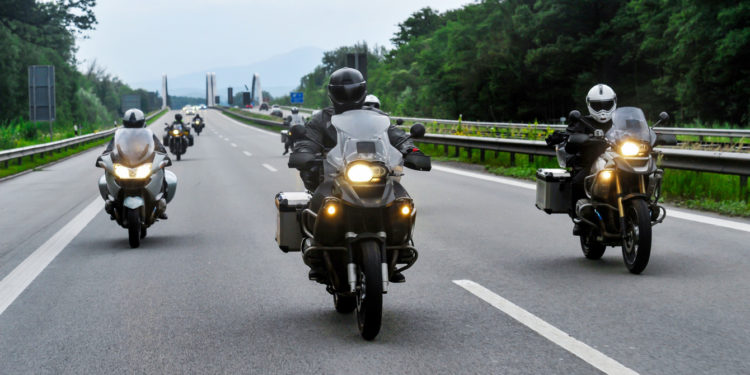 One might not be wrong if one calls it pandemonium. In fact, it was a free for all in the Zone 4 of the Lekki Peninsular Scheme 1 in Lagos State recently.
As reliably gathered, enraged motorcyclists numbering over 50 took to the streets to protest the ban on their operations in the area. Brandishing different dangerous weapons, the demonstration which went out of control led to the injury of four environmental guards.
The furious protesters descended on two other guards and beat them to a pulp.
The unlucky guards were identified as Yusuf Adamu, Brown Robertson, Frank Onwudinjo and Caleb Onemine.
Lagos Today learnt that the motorcyclists, who were identified as Goza boys from Borno State, protested against the actions of the Lekki Residents’ Association and its security outfit, as the enforcement of the ban had rendered them jobless.
Our sources revealed that the Chairman, Lekki Residents’ Association, Kayode Otitoju, and his executive, to enforce the ban, partnered the Eti-Osa Local Government Council and the police to rid the community of motorcyclists, who allegedly had been committing all sorts of atrocities and sending shivers down the spines of the residents.
To make the clampdown effective, the guards were said to have participated in raiding the hideouts of miscreants dealing in illicit drugs and arrested some suspects, including porters and hawkers, whose operations were also banned in the area.
The arrested suspects were reportedly handed over to policemen attached to the Maroko Police Division.
But not comfortable with the development and its attendant effect on their operations in the community, the motorcyclists reportedly regrouped, armed themselves with weapons and attacked some of the security guards, two of who were allegedly dealt machete blows till they lost consciousness.
Speaking to newsmen, Adamu said that he collapsed during the attack, adding that when a resident, who saw the assault on the guards, mobilised security operatives to the scene of the crime. But the assailants quickly fled.
His words: “Around 9.16am on Friday, May 22, 2020, we were waiting at our duty post for our patrol vehicle to pick us so that we could commence work for the day when we suddenly saw over 50 Hausa boys on motorcycles with cutlasses, knives, sticks and electric wires.
They pinned us down on the Road 15 of Zone 4 and attacked us. They stabbed me in the arm, back and stomach. When the attack on me got too much, I collapsed and it was at that point that they left me, because they thought I was dead.”
Also lamenting, another victim, Frank, who said he escaped death by a whisker, added that a resident, who saw the assailants attacking the guards, mobilised security operatives to come to their rescue, adding that the suspects took advantage of the situation to dispossess some residents of their valuables.
He narrated: “Our responsibility is to ensure that porters, hawkers and people, who deal in illegal drugs, are not seen in the vicinity, especially the Lekki Zone 4. So, we became a problem for them, because whenever we apprehended any of them committing a crime, we would hand over such a person to the police and that was how we became their targets.
“Immediately two of my guys became unconscious, I saw as the boys were robbing them. They stole their iPhones, wallets and bags. They also stole my iPhone, Caleb’s iPhone 7s, N10,000 and a Tecno phone.”
Perturbed by the incident, Otitoju said that the residents of the estate did not want motorcyclists in the area, adding that most of those who patronise them were not residents in Lekki Phase 1.
In his words, immediately the state government banned motorcycle operations in the state, the association moved to put an end to the motorcyclists’ operations, and explained that it had been empowered by law, adding that the attack was a revenge mission to kill those, who were preventing their operations.
“Until recently, over 1,500 motorcyclists were operating daily in the estate and they were dangerous and daring. They were made up of retired police and military personnel as well as Hausa/Fulani boys. But one week after the state government banned their operations, they were reduced to 150 and later 50. The residents do not want them, because they are mostly patronised by artisans and visitors, who don’t live here.
“As regards the attack, it was a revenge mission that brought the militant motorcyclists into Lekki to attack some of our security personnel in the line of duty in the Zone 4 area. They intended to kill; all the Divisional Police Officers under the Area ‘J’ Command have been informed and the Area Commander, ACP Gbolahan Olugbemi, commanded the DPO to reinforce the Maroko Police Station and move around Lekki in a show of force.
“Eighteen motorcyclists were arrested during the operation and 24 motorcycles were impounded. This was in addition to the arrest made by the DPO, Maroko Division, CSP Raji Ganiyu, during a raid on their hideouts. We have also compiled all the undeveloped plots where these people hibernate so that raids can be carried out on those locations,” he explained.
The state Police Public Relations Officer, Bala Elkana confirmed the story. Reacting to the incident, he said: “From what we have gathered so far, the motorcyclists were angry with the security guards, because they supported the police in enforcing the ban on motorcycle operations in that vicinity.
“In the spirit of community policing, policemen work closely with private security guards in areas and the support we got from them helped in stopping the activities of motorcyclists there and that angered the motorcyclists and they came to attack some of the guards.
“But we responded swiftly, arrested 14 suspects and impounded 26 motorcycles used during the operation. The suspects will be charged. We have increased police presence in the area.”