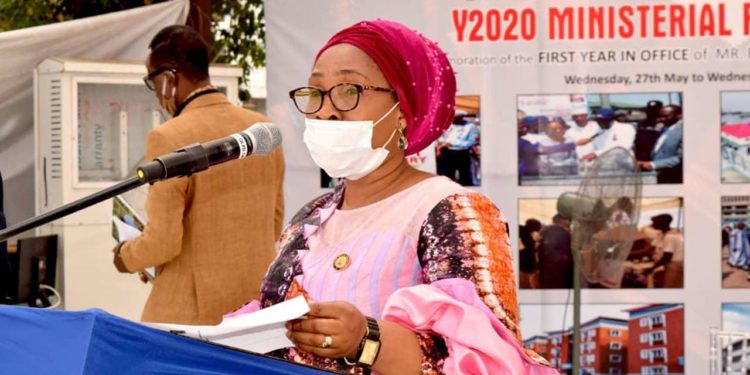 The Lagos State Government has reassured the state of its unwavering commitment to the growth and enhancement of the entertainment and the tourism sectors in the state.

The Commissioner for Tourism Arts and Culture, Pharmacist (Mrs.) Uzamat Yusuf made this known at the account of stewardship to makr one year in office of the Governor, Babajide Olusola Sanwo-Olu, in office.

While giving a detailed account of the ministry’s achievements in the last one year, Yusuf said the administration would not relent in giving its unflinching support to the entertainment and tourism sectors.

In her words: “It remains one of the prioritised pillars in the development agenda of the administration -THEMES.”

The commissioner further said that the Lagos State Film and Video Censors Board in the last 365 days recorded an impressive level of progress in ensuring adequate monitoring, enforcement and censoring of film production, marketing and distribution across the state.

She called on film practitioners and other stakeholders in the industry to fulfill their obligations by obtaining necessary permits and documentation, highlighting that monitoring and enforcement were crucial in the film industry to curb the sale and distribution of uncensored and pirated works.

She stated clearly: “This on its own is to boost the film industry by ensuring that film production are protected as an intellectual property. The number of registered and licensed cinemas in the state is now 20 with the addition of seven new ones in the last one year.”

“The administration is doing everything possible to bring to a halt the deficit in film production infrastructure by establishing a Film Village in Lagos,” she lauded.

Meanwhile, Lagos state has been able to secure 85 hectares of land at Ejirin in Epe Division for film production. She, however, assured Lagosians, “This will serve as an avenue to build and explore the entertainment sector bringing to fore the talents and creativity of entertainers alike”.