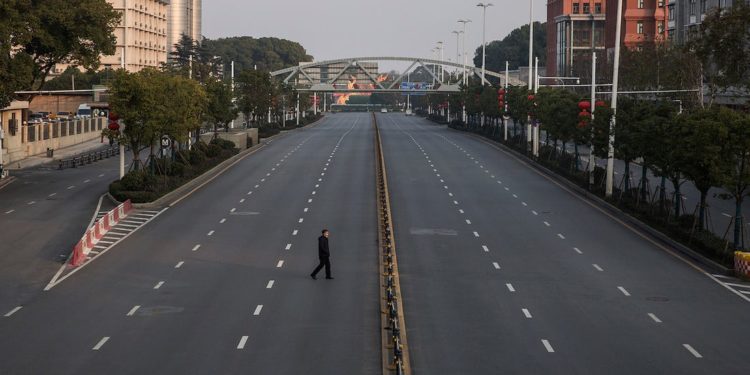 Aung San Suu Kyi, who made the above quote, was under house arrest intermittently for a period of fifteen years during her struggle to liberate her country, Burma, from military rule. Such stories are usually read with a distant admiration for someone who is sacrificing a lot for a cause is perceived to be for a common good. But now for many of us, it’s not such a fairy tale as we can say we now have idea of what it is to be under “house arrest.” In different parts of the world, many people were locked down for at least one month as man was involved in a fight against a virus which seemed to threaten our existence. In Lagos it lasted five weeks and some chose to extend it for a further four weeks. The lockdown has almost totally been eased now, and we now have a sense of freedom with a return to a new kind of normalcy.

However our lockdown cannot be compared to Aung’s as she could see the enemy and she was fearless, daunting them again and again leading to multiple arrests. The villain in our own tale is unseen, but is assumed to be everywhere; on our clothes, shoes, hands, in our family friends, neighbours, colleagues and indeed the next person you see, creating a state of paranoia and obsessive compulsion in terms of seeking safety. In fairness, given how viruses replicate into millions of copies per minute, our enemy has a larger army and is indeed more difficult to contain than the Burmese military government. I’m sure Donald Trump would have preferred the latter.  The chief commanders of our response, the WHO, assured us that locking down was a crucial step in fighting this war, so we literally had no choice.

The lockdown was eased and thus we entered a new freedom. One in which we are masked, we don’t shake hands, we stand apart from other people and we are constantly washing our hands. It is a new world in which children are still locked up at home as schools remain empty. Typically that would be an indication for grandparents to visit or have the grandkids over, but that painful separation lingers as it isn’t considered safe for that yet. For those who believe everything they read and hear in the news, which is often negative, they remain locked down in their minds and adjusting to the new normal is proving very difficult. Thus the question is asked, “Are we really free?”  Aung will say, “No” to those with the mindset of all that is written above. According to her, as long as we live in fear, we are still in prison.

When the Lockdown was lifted in Lagos, the trending images showed mass crowds in banks with no physical distancing and facemasks. When same happened in London, the congestion in the famous underground trended. In America, it was crowded beaches on Memorial Day. A drive around Lagos will show a probably thirty percent compliance to the compulsory public face mask directive by Mr Governor. Even those who wear tend to use them as chin guards more, leaving their nose and mouths from where the virus may escape, exposed. In America, the George Floyd killing stimulated an outcry in which many rioters and protesters ignored the facemasks and physical distancing. The global spread of the protests made physical distancing nonexistent in many places. Ironically, looters who needed masks to prevent spread of the corona virus and to hide their identities, couldn’t be bothered. Could all these people above be described as the free ones given that they boldly defied the virus and did what they had to do?

“I feel such a sense of urgency these days. Because I know exactly how much time they took away from me. I intend to live well.” said Ricky Jackson when he was released from prison after a thirty-nine year imprisonment for a crime he didn’t commit.

No one wants to be locked down or locked up as man likes to be free like all other animals. We are social beings and we glean off each other. We need each other to survive and to exist. Be it at work, play, creativity, romance, just name it, we need other people. Mark Zuckerberg and his Facebook with other social media apps almost convinced us that we can fully interact electronically. The lockdown proved it was not enough despite its merits. We have been reminded of the need for physical interactions without social distancing by a virus and the imposed lockdown. We want to hang out with our family, friends even our work colleagues and sometimes just with anyone else at that owanbe, bar, stadium, park, church, club or wherever, in that collective celebration of human existence. And so those who have come out boldly after the lockdown recognize the need to live and not just to exist. They are living with a sense of urgency too and some lessons have been learnt about what is necessary and what not to take for granted. Some have not learnt anything though, either because they didn’t go to school or school didn’t go through them. They came out boldly instinctively, wondering what the fuss what about.

The reality behind the bravery and freedom from fear of the virus though is probably a silent evaluation of what it means to have the virus. Many have looked at the numbers and realized that a large majority survive, some without any symptoms. Some still can’t see the deaths and thus don’t believe the virus exists. The numbers have also shown that deaths which are real, occur more in those above a certain age, or in those with one co-morbidity or the other. With community spread in places like Lagos, the question is asked, where can one hide and for how long, given the highly infectious nature of the virus? A glance at Sweden’s herd immunity approach opens the door further. Thus the risk of getting infected has been placed on a weighing scale against the need to live, earn a living and be useful rather than be locked down. The wise will still heed to caution knowing it’s not just about them. There are some who can’t afford to be as brave as others. Whither the over seventies? Whither the chronic diabetic or hypertensive who has to risk going to the hospital where the virus tends to lurk more sometimes? Where does their weighing scale lean towards? Where is their freedom?

Aung San Suu Kyi eventually became the Prime Minister of Burma and was highly recognized for her role in their struggle for freedom from military oppression. She would say it was worth it. So would Nelson Mandela and many freedom fighters who lived to see what they fought for. But in their struggles, lives were lost and in this pandemic the same has happened. Anyone who was locked down can consider themselves soldiers in this battle for the freedom of human existence. It is a collective responsibility to ensure the lives of many are protected and we seem to be winning. However we must not take our eye off the ball as the pandemic is not over. We still have lives to protect. There are still many evils aside the virus. The ghost of George Floyd whose body survived being infected with the corona virus to die at the knee of another monster will tell us. Our collective duty is to build a world where we can safely coexist despite some inevitable imbalances and differences. We must keep adjusting the scales to find the right balance for all. We must use our freedom for good before we transit into the higher freedom of heaven, or the lockdown of hell, or before we just disappear, depending on what we believe happens, when the free life we cherish so much eventually comes to an end.