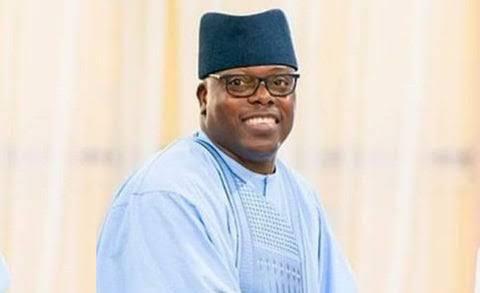 …Calls for reversal of the non-family member as Oniru

One of the ruling houses in Iruland, Victoria Island, Lagos, the Omowumi Abisogun Oniru ruling family, has unanimously rejected the installation of Oba Abdulwasiu Gbolahan Lawal as the new Oniru of Iruland.

According to the Omowumi Abisogun Oniru family, Lawal, who was appointed yesterday, is not a member of their family.
They made this known during a protest at Igbosere High Court of Lagos.

The head of the Omowumi Abisogun Oniru ruling house, 88 years old Surajudeen Durosinmi said they rejected Gbolahan Lawal as the new Oniru installed by the Lagos state Governor, Babajide Sanwo-Olu, “Because he is not part of their ruling house”.

Durosimin noted that the entire family of Abisogun ruling house of Oniru descendants are next in line in the kingship stool.

“The entire family of Abisogun ruling house of Oniru descendants, as the next in line ruling house, unanimously reject the imposition of Lawal as the Oniru of Iruland by the governor in contravention of the enabling laws providing for the appointment of ‘Next in Line’ in succession to the Oniru Chieftaincy stool and the customary law regulation selection to the Oniru chieftaincy of Lagos of September 14, 1993,” he explained.

“We affirm and state by the resolution of all the kingmakers, the Baales and elders of the Abisogun family as the ‘Next in line’ ruling house to produce Oniru of Iruland,” Durosimin said.

According to him, the first class Obas and chiefs in Lagos state and as duly communicated and convened to the traditions institute in Lagos State and the government of Lagos state particularly, we reject Lawal.

“We see it not only as a brazen desecration of tradition but also a suppression of the clear extant laws of the land in respect of the procedures for choosing a new king,” he stated.

He went on to say that the imposed Lawal was not even in contention as he is only connected to the Oniru Royal House through his mother side, by which he is forbidden by tradition to even seek election to the throne in the first place.

“Since the demise of Oba ldowu Oniru, we have noticed a handful of strong arm tactics by unscrupulous elements to hijack the Oniru stool for personal and political gains.”

As elders of the Abisogun family, Durosimin claimed that they were approached and cajoled with money and other material trappings to waive their right to the throne as if the stool of Oniru was for the highest bidder.

He revealed: “We rejected the trappings and headed for the court of law to prevail on those bent on using their connections to the seat of power in Lagos State from usurping and trampling upon out right.”

The family, therefore, called on the federal government to reverse the installation of Lawal and choose one of them as the king of Iruland instead.