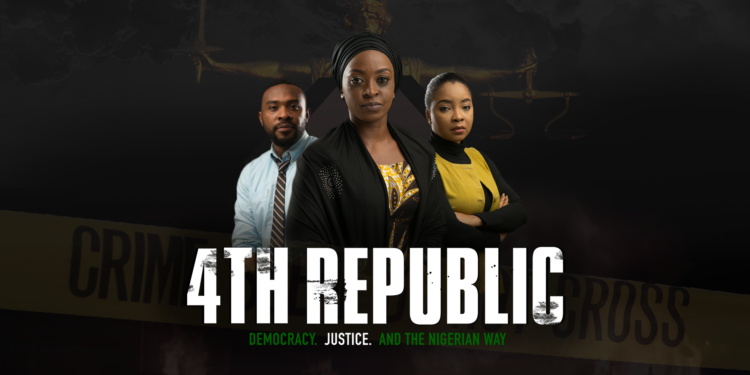 4th Republic follows governorship aspirant Mabel King (Kate Henshaw) in the aftermath of a violent and fraudulent election that results in the death of her campaign manager Sikiru (Jide Attah).

As the search for the killers unravel, Mabel goes on to challenge the decision that declares incumbent governor Idris Sani (Sani Mu’azu) as winner of the election. Both the election petition tribunal and murder investigation intersect to explosive results.

While sharing his excitement, director of the movie, Ishaya Bako said having had very interesting reviews from the screenings of the film at the cinemas, and especially at the campus tour carried during the fourth quarter of last year, they are hopefully for a better outing with Netflix.

4th Republic is a gripping thriller that is reflective of the Nigerian system, from our do or die politics to our ironic optimisms. It is one of the most important Nigerian films to watch.’

Bako said the release of the film is slated a day after June 12 – Nigeria’s Democracy Day, one of the most significant days in the country’s post-independence political history, which is still viewed as the freest, fairest and most peaceful election ever held in Nigeria.

The movie is written by Emil Garuba and Zainab Omaki and co-production between Griot Studios Ltd. and Amateur Heads Productions with support from the John D. and Catherine T. MacArthur Foundation and the Open Society Initiative for West Africa (OSIWA).