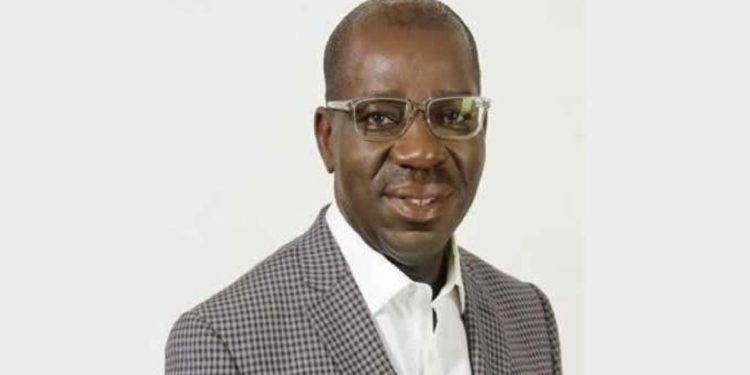 The Deputy National Secretary of the All Progressive Congress (APC), Victor Giadom, Wednesday, nullified the disqualification of the sitting Governor, Mr. Godwin Obaseki, from participating in the party’s gubernatorial election in Edo State.

Gaidom made this known at a media briefing at the party’s National Secretariat while announcing himself as the new Acting National Chairman of the party.

He said the reports of the APC’s screening and appeal committees were nullified because Oshiomhole acted as a judge in his own case.

According to him, his action is following the meeting held with other members of the National Working Committee (NWC) after Tuesday’s Appeal Court ruling affirming the suspension of the substantive National Chairman, Adams Oshiomhole.

He said, “Yesterday the Court of Appeal sitting in Abuja, in a unanimous judgement, affirmed the suspension of comrade Adams Oshiomhole as National Chairman of APC.”

“Consequently, I bring to your notice that on March 16, 2020, Hon Justice S.U Bature in suit no FCT/HC/M/6447/2020 had ordered that with the earlier suspension of Comrade Adams Oshiomole, I, Chief Hon. Victor Giadom should act as the National Chairman of our great party.”

Speaking further, he said the Order could not be immediately effected at the time because of the temporary reprieve Adams Oshiomhole got from the Court of Appeal on the same date.

His words: “As your Acting National Chairman and presiding officer in the NWC, we, therefore, cancel the decision of the Screening and Appeal Committees of the former Chairman of the party on the Edo primary.”

Meanwhile, quickly on the heels of his announcement, the APC National Working Committee (NWC) has ratified Abiola Ajimobi as the Acting National Chairman, the party has disowned Giadom, insisting that his membership of the NWC ceased when he resigned to contest the Deputy Governorship position in Rivers State. 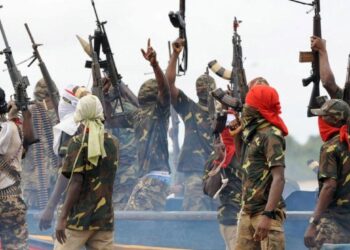