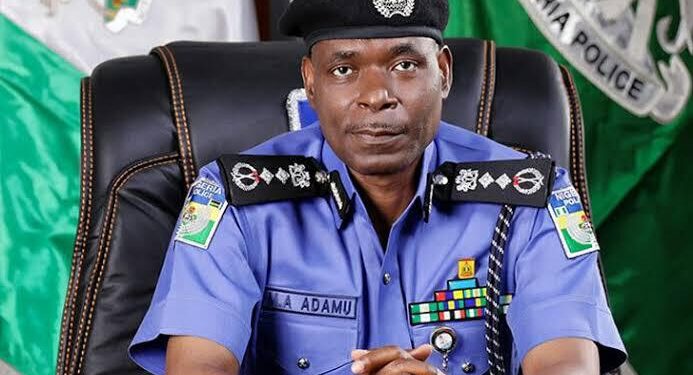 The Lagos State Commissioner of Police, Hakeem Odumosu, has inaugurated a 22-man Community Policing Advisory Committee (CPAC) in Oriade community in the state.

The CP also mandated all formations within the state police command to inaugurate the advisory committees as well.

This move is coming in line with the ongoing CPAC across the country as approved by the federal government through the Inspector General of Police, Mohammed Ibrahim Adamu.

Present at the Ilashe Oriode 22-man policing committee were the Chief Lateef Rufai Odofin of Onisiwo, the Oriade local government Chairman, traditional rulers, community and religious leaders and other stakeholders.

According to the Nigeria police, it has adopted community policing as one of the strategies in modern policing and the CPAC is aimed at integrating all facets of the community into a hub for effective policing and security of our communities.

The ACP noted: “The policy guideline provides that membership of the committees be drawn from a wide range of representatives. The major role of the committees is to advise on the recruitment of police special constabularies starting from the divisions which is the grassroot.”

The committee members are said to ensure that persons recruited as police special constabularies are of good character to enable them serve their communities well.

Osuji adds: “On behalf of the IG of Police, the CP, and the AIG of police Zone 2, I have the honour to formally and officially inaugurate the Area L Command/Divisions and Oriade LCDA Community Police Advisory Committee (CPAC).”

He continued that the IGP, in his commitment to address the security challenges in the country, came up with the community policing initiative, which among its mission is to engage members of the community to take part in matters relating to their security, as is every body’s business.

He implored, “Let us be alive to the responsibility given to us.”

Reacting to the inauguration, the Odofin of Onisowo, Chief Lateef Rufai, commended the IGP for the community policing idea, pledging, on behalf of the community, not to fail on the task given to them.

Others present at the occasion were: the State Director Security, Chief Superintendent of immigration, Commandant Civil Defence, Commanding Officers and other police officers.