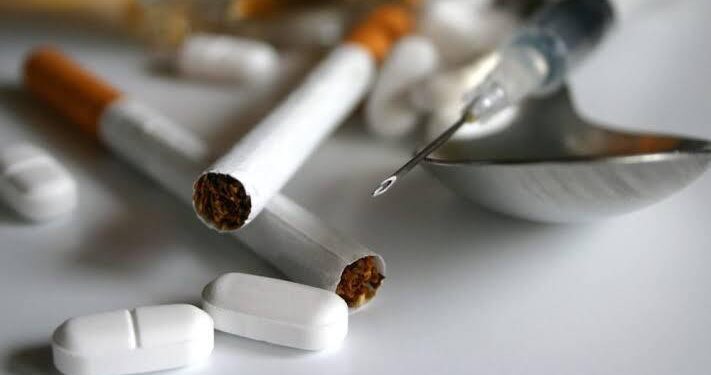 As part of activities to mark the International Day against Drug Abuse and Illicit Trafficking, a not-for-profit organisation, BewiAfrica sensitised youths and teenagers in Fadeyi and Ojuelegba areas of Lagos on the devastating effects of drugs to their health and their future.

The outreach, which was BewiAfrica’s maiden edition and held Friday June 26, had renowned comedian, Gbenga Adeyinka D 1st (GCON) as host, and comedienne Helen Paul (Tatafo), who visited the venue.

The International Day against Drug Abuse and Illicit Trafficking is observed every 26 day of June. Its theme for this year is ‘Better Knowledge for Better Care’, emphasising on the need to improve the understanding of the world drug problem and how in turn, better knowledge will foster greater international cooperation for countering its impact on health, governance and security.

The Founder BewiAfrica, Ms. Florence Hungbo, said the NGO took it upon itself to enlighten the youths, especially college kids who have become entrenched in substances abuse and mindless of its effects.

“We visited the youths and leaders in Fadeyi and Ojuelegba respectively with some entertainers and therapists to lecture the youths on the dangers of drug abuse on their health and future,” she noted.

Meanwhile, as countries and individuals partner to end drug abuse and its illicit trafficking, Hungbo told participants that drugs kill dreams while harping on its adverse dangers.

She further noted that it was paramount for BewiAfrica to carry out more awareness and outreaches in areas identified as having high cases of drug abuse.

He expressed, “I neither smoke nor drink. Today. I have been able to achieve so much in my endeavour. If I was doing drugs, I would not have been anywhere near where I have reached in my profession.”

In his remarks, the Executive Vice Chairman, Somolu Local Government Council, Bowale Sosimi, commended BewiAfrica. He described the move as an exceptional cause, which he said was first of its kind for the youths of the area.

Qudus, therefore, admonished the youths to tell others what they have heard. “We thank BewiAfrica for this initiative. As for the youths and our leaders present, please extend all you have learnt to others”.

According to Hungbo, the quest of the outreach is to strengthen global action and cooperation towards creating a society that is free from drug abuse and unlawful drug trade.

“I must appreciate everyone that took part in the event. We promise to touch more lives and reach more places in the state and beyond,” the founder pledged.

To further achieve its aim, it gave out its contact details for the youths to reach out to them at BewiAfrica via its social media: @bewiafrica;info@bewiafrica.org; bewiafrica.org; and 08088805275.

With the effect of the lockdown orchestrated by the COVID-19 pandemic, the NGO distributed food items to the youths and leaders in the two areas visited.