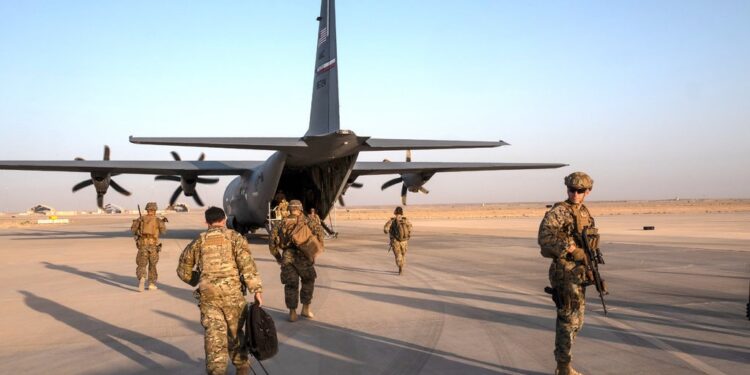 The Trump administration has been deliberating for months about what to do about a stunning intelligence assessment.

American intelligence officials have concluded that a Russian military intelligence unit secretly offered bounties to Taliban-linked militants for killing coalition forces in Afghanistan — including targeting American troops — amid the peace talks to end the long-running war there, according to officials briefed on the matter.

The United States concluded months ago that the Russian unit, which has been linked to assassination attempts and other covert operations in Europe intended to destabilize the West or take revenge on turncoats, had covertly offered rewards for successful attacks last year.

Islamist militants, or armed criminal elements closely associated with them, are believed to have collected some bounty money, the officials said. Twenty Americans were killed in combat in Afghanistan in 2019, but it was not clear which killings were under suspicion.

The intelligence finding was briefed to President Trump, and the White House’s National Security Council discussed the problem at an interagency meeting in late March, the officials said. Officials developed a menu of potential options — starting with making a diplomatic complaint to Moscow and a demand that it stop, along with an escalating series of sanctions and other possible responses, but the White House has yet to authorize any step, the officials said.

An operation to incentivize the killing of American and other NATO troops would be a significant and provocative escalation of what American and Afghan officials have said is Russian support for the Taliban, and it would be the first time the Russian spy unit was known to have orchestrated attacks on Western troops.

Any involvement with the Taliban that resulted in the deaths of American troops would also be a huge escalation of Russia’s so-called hybrid war against the United States, a strategy of destabilizing adversaries through a combination of such tactics as cyberattacks, the spread of fake news and covert and deniable military operations.

The Kremlin had not been made aware of the accusations, said Dmitry Peskov, the press secretary for President Vladimir V. Putin of Russia. “If someone makes them, we’ll respond,” Mr. Peskov said.

Zabihullah Mujahid, a spokesman for the Taliban, denied that the insurgents have “any such relations with any intelligence agency” and called the report an attempt to defame them.

“These kinds of deals with the Russian intelligence agency are baseless — our target killings and assassinations were ongoing in years before, and we did it on our own resources,” he said. “That changed after our deal with the Americans, and their lives are secure and we don’t attack them.”

Spokespeople at the National Security Council, the Pentagon, the State Department and the C.I.A. declined to comment.

While some of his closest advisers, like Secretary of State Mike Pompeo, have counseled more hawkish policies toward Russia, Mr. Trump has adopted an accommodating stance toward Moscow.

At a summit in 2018 in Helsinki, Finland, Mr. Trump strongly suggested that he believed Mr. Putin’s denial that the Kremlin interfered in the 2016 presidential election, despite broad agreement within the American intelligence establishment that it did. Mr. Trump criticized a bill imposing sanctions on Russia when he signed it into law after Congress passed it by veto-proof majorities. And he has repeatedly made statements that undermined the NATO alliance as a bulwark against Russian aggression in Europe.

The officials spoke on the condition of anonymity to describe the delicate intelligence and internal deliberations. They said the intelligence had been treated as a closely held secret, but the administration expanded briefings about it this week — including sharing information about it with the British government, whose forces are among those said to have been targeted.

The intelligence assessment is said to be based at least in part on interrogations of captured Afghan militants and criminals. The officials did not describe the mechanics of the Russian operation, such as how targets were picked or how money changed hands. It is also not clear whether Russian operatives had deployed inside Afghanistan or met with their Taliban counterparts elsewhere.

The revelations came into focus inside the Trump administration at a delicate and distracted time. Although officials collected the intelligence earlier in the year, the interagency meeting at the White House took place as the coronavirus pandemic was becoming a crisis and parts of the country were shutting down.

Moreover, as Mr. Trump seeks re-election in November, he wants to strike a peace deal with the Taliban to end the Afghanistan war.

Both American and Afghan officials have previously accused Russia of providing small arms and other support to the Taliban that amounts to destabilizing activity, although Russian government officials have dismissed such claims as “idle gossip” and baseless.

“We share some interests with Russia in Afghanistan, and clearly they’re acting to undermine our interests as well,” Gen. John W. Nicholson Jr., the commander of American forces in Afghanistan at the time, said in a 2018 interview with the BBC.

Though coalition troops suffered a spate of combat casualties last summer and early fall, only a few have since been killed. Four Americans were killed in combat in early 2020, but the Taliban have not attacked American positions since a February agreement.

American troops have also sharply reduced their movement outside military bases because of the coronavirus, reducing their exposure to attack.

While officials were said to be confident about the intelligence that Russian operatives offered and paid bounties to Afghan militants for killing Americans, they have greater uncertainty about how high in the Russian government the covert operation was authorized and what its aim may be.

Some officials have theorized that the Russians may be seeking revenge on NATO forces for a 2018 battle in Syria in which the American military killed several hundred pro-Syrian forces, including numerous Russian mercenaries, as they advanced on an American outpost. Officials have also suggested that the Russians may have been trying to derail peace talks to keep the United States bogged down in Afghanistan. But the motivation remains murky.

The officials briefed on the matter said the government had assessed the operation to be the handiwork of Unit 29155, an arm of Russia’s military intelligence agency, known widely as the G.R.U. The unit is linked to the March 2018 nerve agent poisoning in Salisbury, England, of Sergei Skripal, a former G.R.U. officer who had worked for British intelligence and then defected, and his daughter.

Western intelligence officials say the unit, which has operated for more than a decade, has been charged by the Kremlin with carrying out a campaign to destabilize the West through subversion, sabotage and assassination. In addition to the 2018 poisoning, the unit was behind an attempted coup in Montenegro in 2016 and the poisoning of an arms manufacturer in Bulgaria a year earlier.

American intelligence officials say the G.R.U. was at the center of Moscow’s covert efforts to interfere in the 2016 presidential election. In the months before that election, American officials say, two G.R.U. cyberunits, known as 26165 and 74455, hacked into Democratic Party servers and then used WikiLeaks to publish embarrassing internal communications.

In part because those efforts were aimed at helping tilt the election in Mr. Trump’s favor, his handling of issues related to Russia and Mr. Putin has come under particular scrutiny. The special counsel investigation found that the Trump campaign welcomed Russia’s intervention and expected to benefit from it, but found insufficient evidence to establish that his associates had engaged in any criminal conspiracy with Moscow.

Operations involving Unit 29155 tend to be much more violent than those involving the cyberunits. Its officers are often decorated military veterans with years of service, in some cases dating to the Soviet Union’s failed war in Afghanistan in the 1980s. Never before has the unit been accused of orchestrating attacks on Western soldiers, but officials briefed on its operations say it has been active in Afghanistan for many years.

Though Russia declared the Taliban a terrorist organization in 2003, relations between them have been warming in recent years. Taliban officials have traveled to Moscow for peace talks with other prominent Afghans, including the former president, Hamid Karzai. The talks have excluded representatives from the current Afghan government as well as anyone from the United States, and at times they have seemed to work at crosscurrents with American efforts to bring an end to the conflict.

The disclosure comes at a time when Mr. Trump has said he would invite Mr. Putin to an expanded meeting of the Group of 7 nations, but tensions between American and Russian militaries are running high.

In several recent episodes, in international territory and airspace from off the coast of Alaska to the Black and Mediterranean Seas, combat planes from each country have scrambled to intercept military aircraft from the other. 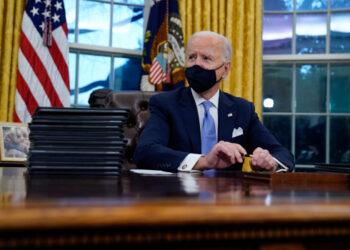