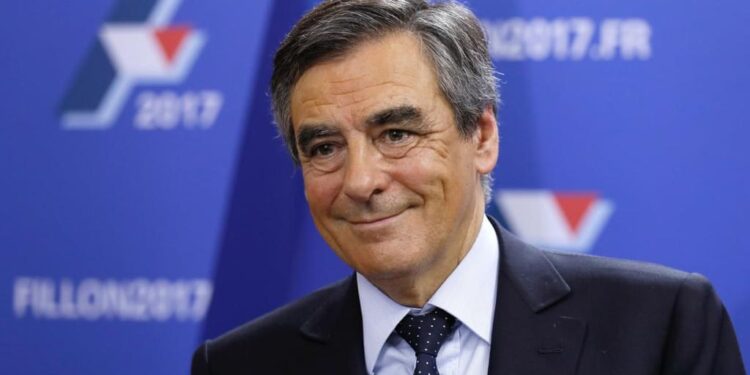 Prosecutors request a five-year sentence for the former leader, while condemning his “fraudulent, systematic practices”.

French former prime minister Francois Fillon has been found guilty of using public funds to pay his wife and children for work they never performed.

His wife, Penelope Fillon, has also been convicted as an accomplice. The Paris court that returned the verdict has not yet detailed the sentence.

The scandal broke just three months before the country’s 2017 presidential election, when Fillon was the front-runner in the race.

Destroying his reputation, it saw him sink to third place in the election, which was won by Emmanuel Macron.

Both Fillon – France’s PM from 2007 to 2012 – and his wife have denied any wrongdoing and can appeal the decision.

Penelope Fillon’s role alongside her husband drew all the attention during the February-March trial, which focused on determining whether her activities were in the traditional role of an elected official’s partner or involved actual paid work.

Prosecutors requested a five-year sentence for the former leader, while condemning his “fraudulent, systematic practices”.

He had been charged with misusing public funds, receiving money from the misuse of public funds and the appropriation of company assets. His wife was charged mostly as an accomplice.

Penelope Fillon had explained to the court how she decided to support her husband’s career when he was first elected as a French lawmaker in 1981 in the small town of Sable-sur-Sarthe, in rural western France.

She was subsequently offered different types of contracts as a parliamentary assistant over the following years, depending on her husband’s political career.

She said work she did allowed her to have a flexible schedule and raise their five children in the Fillons’ countryside manor, claiming her husband was the one who decided the details of her contracts.

Prosecutors highlighted the lack of actual evidence of her work, including the absence of declarations for any paid vacations or maternity leave, as her wages reached up to nine times France’s minimum salary.

Prosecutor Aurelien Letocart said “meeting with voters, getting the children from school, going shopping or reading mail isn’t intended to be paid work.”

Mr Letocart said Fillon “had a deep feeling of impunity, the certainty that his status would dissuade anyone from suing him … This gets cynical when that attitude comes from a man who made probity his trademark.”

Francois Fillon insisted his wife’s job was real and argued that, according to the separation of powers, the justice system cannot interfere with how a lawmaker organises work at his office.

France’s National Assembly, which joined the proceedings as a civil plaintiff, has requested a total penalty of $1.081 million, to correspond to the salaries and payroll charges that were paid.

Fillon, once the youngest lawmaker on the National Assembly at the age of 27, served as PM under President Nicolas Sarkozy from 2007 to 2012.

Having also served as a minister under two previous presidents, Francois Mitterrand and Jacques Chirac, he left French politics in 2017 and now works for an asset management company.

Cansino's COVID-19 Vaccine Candidate Approved For Military Use In China