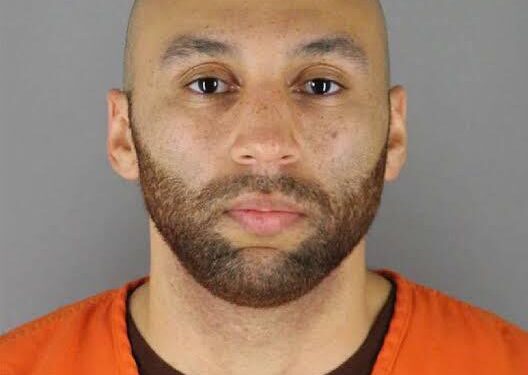 A Nigerian-US police officer, who was present at the scene of George Floyd’s death, J Alexander Kueng, has been charged with aiding and abetting second degree murder.

Kueng, 26, was said to have held down Floyd’s back in the video of his arrest while senior officer Derek Chauvin knelt on Floyd’s neck for almost nine minutes.

Kueng, described as a rookie cop, who has a white mother and a Nigerian father, was on his third shift since he became a cop.

In the words of his family, the black cop’s family and friends said Kueng joined the force believing it could be changed from the inside.

He hoped that more black officers would reform the system.

His friends have said Kueng should have stepped in before Floyd’s death.

Following the death of Floyd on May 25 and the global protest, Kueng has since been fired and charged in connection with the murder, and denounced by some of his siblings for his failure to intervene in Floyd’s death.

His family has described his involvement in Floyd’s death as a ‘gut punch’.

According to the mother of Kueng, Joni Kueng, part of the reason he wanted to become a police officer — and a black police officer on top of it — was to bridge that gap in the community, change the narrative between the officers and the black community.

She further describe her family as such a racially diverse one to be wrapped up in a racially motivated incident like this, adding that it is unfathomable.

Her words, “I had to stay out of the race conversations because I was the minority in the household.”

“It didn’t really matter, but it does matter to them because they are African-American. And so they had to be able to have an outlet to tell their stories and their experience as well, especially having a white mom,” she expressed.