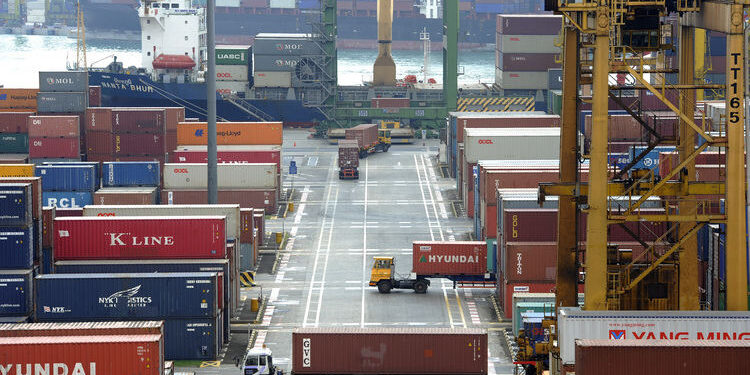 Lagos State Government has said the state Wharf Landing Fees Collecting Authority has the legal backing to collect fees from vehicles being cleared out of the port of Lagos.

This is in reaction to trending social media posts on the illegal fee allegedly collected on 15 assorted vehicles being cleared out of the port.

This was sequel to the approvals given by the office of the Joint Tax Board and the Federal Ministry of Finance in 2001 and 2002, respectively.

Salvador-Adebayo said, “I will categorically state that the members of the Nigeria Licensed Customs Agent (ANLCA) and other maritime unions are fully aware of the wharf landing fees collection by the Lagos State Government.

“Immediately after leaving the ports, trucks, buses and cars are expected to pay the fixed fees stated in the Law, which are known to the agents.

“The agents claimed they pay N200 and they issued a receipt, I will equally state that the least of the wharf landing fees is N300 for cars and we don’t issue receipts we only give stickers. The agency only issues receipts to those that pay penalties to the state government’s account.

“Any person in possession of goods on which wharf landing fee is chargeable, whether as the owner, shipper, transporter or agent shall be liable to pay the amount prescribed in the schedule in the law.

“The wharf landing fees collectors are not thugs as claimed by the agents and other maritime unions. They are collecting revenue on behalf of the Lagos State government and the majority of them are graduates from Nigerian higher institutions.”

He further said that any person who contravenes the provisions of the law shall be guilty of an offense and shall be liable on conviction, in the case of a corporate body, a fine of N500,000, payment of wharf landing fees prescribed under the law and cost of litigation.

He noted that in the case of an individual, N100,000 payment of wharf landing fees prescribed under the law and cost of litigation, adding that anybody that wants to challenge their penalty slam on them should go to court.