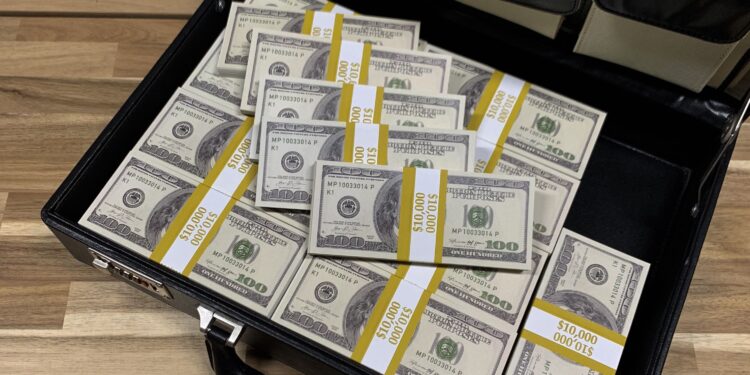 A resident of Lagos, Mariam Balogun of Kano Street Ebute Metta has narrated how five fraudsters she encountered in a public bus heading to Orile on Sunday June 12 this year scammed her of N150,000 in this harsh COVID-19 period.

The five male fraudsters, who have since been arrested, are: Olasupo Olasehinde, 52; Abayomi Omoleye, 51; Unde Olaore, 56; Folajimi Akinnawo, 45; and Abiodun Adedayo, 48.

According to the Marian Balogun, who reported at Area B Command Apapa, she boarded a vehicle from Costain to Orile Bus Stop, with three men already in the vehicle.

On getting to Eric Moore Bridge, one of the passengers said he wanted to alight. “He started a discussion that he had a bag containing huge amounts of money but charms were placed on top of the money”.

The suspect feigned fake tears, “He said he needed an herbalist or a pastor to pray for the money, then the vehicle suddenly diverted to ‘White Sand’ area railway lane Ijora Badia where I was scammed of the sum N150,000.”

Balogun also divulged that an oath was administered on her against her will. It was a calabash containing water. All passengers were made to take it.

Following her complaint, Operatives of Area B Command swung into action and apprehended the five suspects.

Upon their arrest, two other victims, Balikis Fasasi, and Taiwo Salami, were rescued.

Exhibits recovered
According to the police, one old briefcase containing counterfeit US Dollars arranged in bundles of cut to size paper with fake dollars on top and beneath each bundle, and charms were recovered.

The police also recovered the sum of N155,000 cash from the suspects. Two different gangs operating in similar manner were equally arrested at Ogba by operatives of Area G Command.