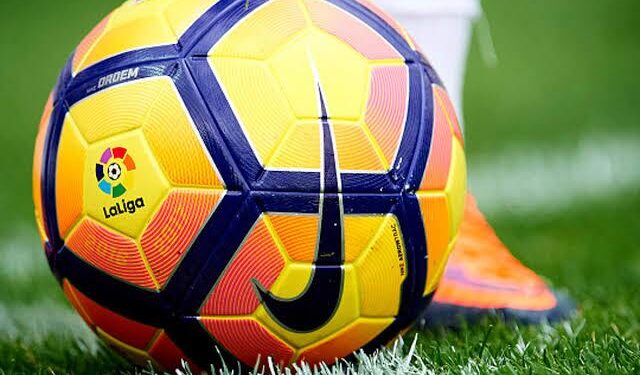 It’s a common sight to see a Spanish La-Liga table with either Barcelona or Real Madrid at the summit and in the last decade the run for the title has been between these two Spanish giants except when Atletico Madrid came to crash the party at the top of the La-Liga table by winning the Spanish title in the 2013/2014 season.

Both Barca and Madrid are neck to neck in the battle to win the 2019/2020 season’s title and this can be referred to as the most keenly contested La-Liga in recent seasons and in fact in the top five leagues in Europe as the title is already won or decided in other leagues all over Europe.

Since the re-start of the league season after a period of hibernation for three months at the peak of the COVID-19 pandemic, Barcelona have been having a very questionable and less convincing performances with two draws in the last two games, first was the 2-2 draw away at Celta Vigo and yet another 2-2 draw at home at the Camp Nou against Atletico Madrid which has seen Madrid open up a 1 point lead at the top of the La-Liga standing with 6 games to go. With Madrid’s win against Getafe on Thursday night, the Los Blancos now have a 4-point lead over rivals during the end of match-day 3 with 5 games left to play till the top contender is decided.

Karim Benzema went into the COVID-19 break with 19 goals from 36 games in the La-Liga and even at that, much was not expected of him to be the inform player for Madrid at this re-start, as the bulk of attention was on Eden Hazard who just returned from surgery and Gareth Bale was reported to have been in the best of form on return from the lockdown break, but surprisingly, Benzema has been the man to watch and he has gotten 3 goal and 2 assist from 6 games since the restart. He got a brace in game against Valencia, his second goal was a screamer worthy of a goal of the season contender, a sublime first touch and a volley into the back of the net gave the Valencia goal keeper no chance. Benzema’s brilliant back heel assist pass to Casemiro to score the winner in the games against Espanyol shows nothing but a player on confidence and he has earned the praises of his coach Zidane, teams and fans alike with many fans on twitter comparing his back his assists to Gutis’ and I must mention that Benzema’s form and Barcelona’s below par performances lately is the reason why the Madrid team are 4 points clear on the log with same number of matches played and both teams having 5 matches to play.

Barcelona are a very experienced side with the quality capacity to still swing the title in their favor but with 5 matches to play and Madrid taking the initiative already with a 4 point gap, it would take a Barca winning all last 5 games starting this weekend Sunday 5th July with a tricky trip to the home of Villarreal who are making a top 4 push with 54 points and just 3 points behind Sevilla in 4th place and hoping  Madrid slips up in two of their last 5 games with the next game been an away trip for Madrid to the Athletic club and followed closely with an home match vs. Alaves.

The little magician Lionel Messi got his 700th career goal in the 2-2 draw against Atletico Madrid but it was still a disappointing night for the Catalans as their title hopes suffered a blow and the entire overall team performance looking disjointed and Messi had recently given  the media something to talk about after he appeared to look uninterested and he seem to ignore the team’s assistant coach during one of the water breaks at the game against Celta-Vigo, this has made the media jump into conclusion to suggest a disharmony in the entire team set-up and it would take a miracle for Barca to come up with those strings of brilliant performances that would see them topple Madrid to the title should Madrid slip up in the last 5 games.

One thing is certain, the last 5 games in the La-Liga Santander is one to look out for and it’s safe to say that Los Blancos already have one hand on the title with 5 matches to play and a Karim Benzema leading the line with lots of confidence at the moment.