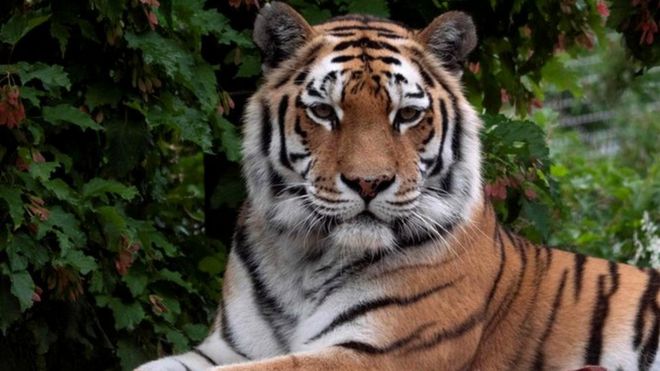 A Siberian tiger has attacked and killed a female zookeeper in Switzerland in front of visitors and zoo employees.

Staff rushed to her aid and eventually managed to draw the tiger out of the cage, but the 55-year-old keeper died at the scene, Zurich zoo said.

An investigation is under way to determine why the zookeeper was in the cage at the same time as the tiger.

Despite an emergency team at the zoo luring the tiger from the enclosure and into a holding pen, efforts to resuscitate the wounded keeper failed, the zoo said in a statement.

The tiger, named Irina, was born at a zoo in Denmark in 2015 and transferred to Zurich last year.

The director of Zurich zoo, Severin Dressen, said the zookeeper had been a member of staff there for some time, the AP news agency reported.

“Our full sympathy is with the relatives of the victim,” Mr Dressen added.

Professional counselling has been made available for those who witnessed the attack.

Zurich zoo said it would remain closed on Sunday following the incident.

Animal attacks at zoos and sanctuaries are relatively rare, but this is not the first reported attack at Zurich zoo.

In December 2019, a crocodile at the zoo bit the hand of a keeper during a routine cleaning operation in the animal’s enclosure. When the reptile failed to release its grip on the keeper, the decision was made to shoot it.