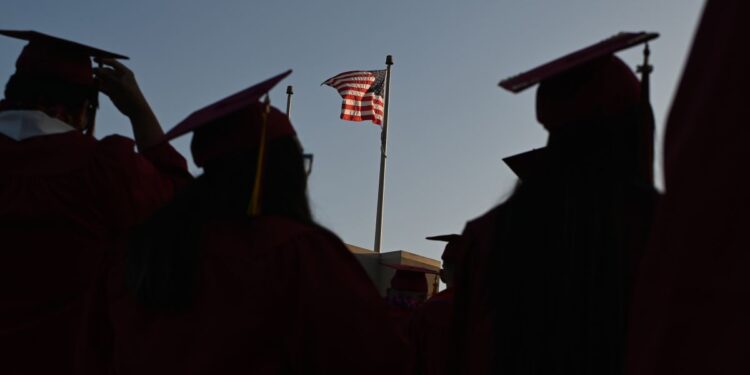 In two months, 19-year-old Tianyu Fang is due to start his first semester at one of the most prestigious schools in America: Stanford University in California. Now, the Chinese national isn’t sure if he’ll make it.

Fang is one of the million or so international students who could be made to leave the United States if their universities switch to online-only learning, under a rule announced by Washington on Monday. Those who don’t leave voluntarily face deportation.

Some universities have announced they will deliver all courses online due to the coronavirus pandemic, which has infected more than 2.9 million people and killed more than 130,000 in the US alone. Other universities are still planning to run classes on campus, but with the US outbreak still not under control, there’s a risk that those institutions could go remote, too.

For Fang, who has studied in the US since middle school but returned to Beijing earlier this year, Monday’s announcement exacerbates an already complicated situation. To get around the US ban on travelers who have been in China in the past two weeks, he planned to fly from China to Cambodia. After 14 days, he would hopefully fly to the US.

Now, things are even harder. Currently, Stanford plans to stagger which students are on campus each semester to maintain social distancing. First year students will be on campus in the fall and summer terms — meaning Fang will be studying remotely in one semester and will have to leave the US for that period.

Even that will be challenging. There are few flights between the US and China, where international arrivals have to quarantine for two weeks.

Now, Fang is weighing up whether he wants to pay about $60,000 a year to study remotely from China. If he does, he won’t have all the unplanned interactions and conversations that usually come with a school experience. 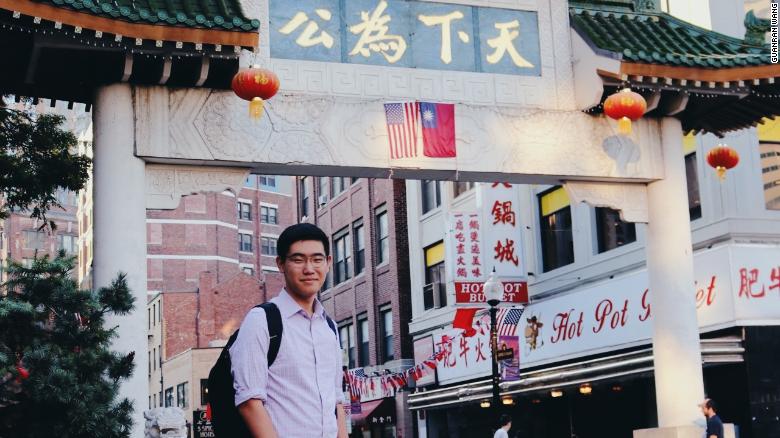 At New York University (NYU), where Chen is halfway through a two-year master’s degree, her courses will be a combination of online and offline when fall semester starts.

But there’s a chance that NYU could go back to online-only classes, as it did in March.”

I can’t stop thinking about it,” she said. “I just feel kind of powerless and vulnerable. I will try my best to stay here legally.”

If courses go online-only, transferring to another university won’t be an option — few other schools offer the Interactive Telecommunications Program Chen is studying.

Instead, she would have to try to go back to China, which would be expensive.

When Chen first heard the rule change, she felt desensitized as there have been a number of other policies that make things more difficult for international students.

In May, for instance, New York Times and Reuters reported that the US was planning to cancel the visas of thousands of Chinese graduate students and researchers with ties to universities affiliated with the People’s Liberation Army. In April, Republican Senator Tom Cotton suggested Chinese students at US universities shouldn’t be allowed to study science and technology. The Trump administration has also made a litany of changes to the US immigration system, citing the coronavirus pandemic, which have resulted in barring swaths of immigrants from coming to the country.”

We don’t have much power here, and then sometimes we become the sacrifice for all these political games,” Chen said. “I’m really aware of my foreign status here, I know I’m a foreigner. I don’t necessarily see an increasing hostility from other people, but I do feel like policy-wise, it’s crushing us.”

The difficulty in getting home

It may be harder for some students to get home than others.

The bigger issue is some of these countries have travel restrictions on and they can’t go home, so what do they do then?” she added. “It’s a conundrum for a lot of students.”

India, the US’ second-biggest source of international students, has closed its borders to commercial flights, although it is still running repatriation flights.

Maitri Parsana, who has just finished her third year of biological sciences at the University of Buffalo in New York state, doesn’t know how she would get back to India if she was forced to leave. 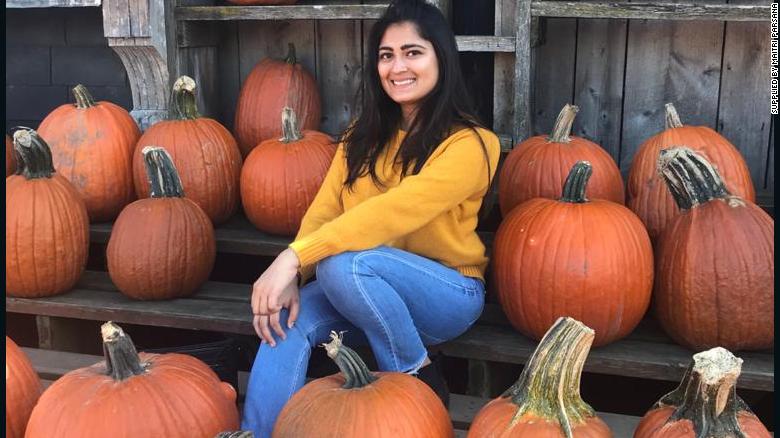 Her university has said it will offer hybrid courses, but the 22-year-old fromo Gujarat state, still doesn’t know whether her specific classes will be online or offline.

Parsana says there are no flights to India, but she hopes her government would arrange flights to get stranded students back home.”

I am definitely scared, I really don’t know what to do. I was already stressed about my school and now i have to stress about one more thing,” she said, adding that the US appears to be focusing on international students rather than addressing real problems, such as the pandemic.”

We just feel like we’re being pushed away from this country for no reason.”

It’s not just students who may be hurt by Monday’s decision. It could impact the US economy, too.

In 2018, students from China, India and South Korea alone contributed more than $25 billion to the economy, according to non-profit Institute of International Education.

If students are forced to leave the country, they may not be willing to continue paying tuition fees to study remotely from a different time zone.

Nicholas Henderson, the co-founder and director of Essai Education, a Delhi based test-prep and counseling institute for Indian students wanting to study in the US, said that the regulations may prompt colleges to change their policies to hybrid models, for instance, to help people stay.”

I think what Covid has shown is that universities are willing to work with the students,” he said.

But even so, there’s the risk that the US’ policies may discourage future students from choosing to study in the US.When Parsana first came to the US, she planned to try to settle there. Now, she says she doesn’t want to live in the US, and would encourage students looking to study abroad to consider another country, like Australia or Canada.”

I don’t know what (the US government is) trying to do because their economy is going to go to ashes if they do this,” Parsana said. “If they keep on doing these kinds of rules, not a lot of people are going to come here for their education.”

If international students are sent home early, it’s not just their education that will be impacted. Students could end up missing out on job opportunities — often one of the reasons they might have chosen to study in the US in the first place.

In the US, international students qualify for a scheme that allows them to work in the country after they graduate.

A 24-year-old South Korean university student says he feels “disappointed” that, due to Monday’s policy change, he may miss out on that scheme. CNN agreed not to use his real name because of his concerns for privacy.

He only has one semester of his degree to go, and when he signed up for his courses, they were all offline. Now, they have changed to online courses, and it seems like he will either have to go home or transfer to another university for his final semester.

“I have no idea what’s going on,” he said. “I just renewed my house contract.”

If he goes home, he won’t qualify for the temporary employment scheme — and if he wants to work in the US, he’ll likely need to find a company to sponsor his visa.”

I’m so frustrated,” he said. “I just want to get some opportunities at least to compete.”

Chen is faced with a similar situation. Before the pandemic, she planned to stay in the US and find a job after graduating in 2021. But now, Chen is weighing up whether the US is the best place to be, after all.”

I wonder if it’s really worth it to go through all of this … instead of finding a country that values me more,” she said. 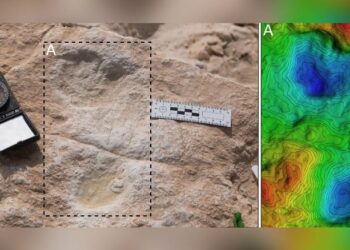 Hundreds of fossilized footprints dating back 120,000 years have been discovered in Saudi Arabia, and they might point to the earliest evidence...