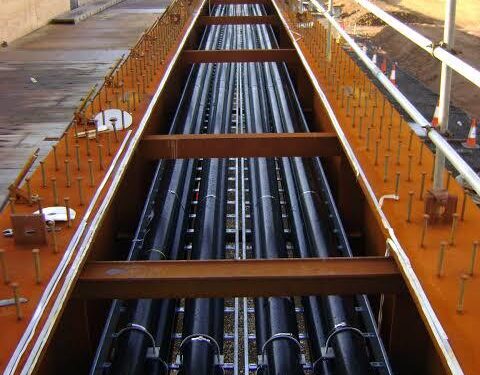 In line with its vision to create a smart city, the Lagos State government has begun its unified fibre duct infrastructure and connectivity project across all the Local Government Areas (LGAs) and Local Community Development Areas (LCDAs), in the state.
According to the execution engineers, the Western Telecoms and Engineering the project will enable planning of fibre routes to cater to the developmental and social needs of the state, in terms of demography and geographical considerations.
They explained that the fibre duct connectivity will “afford broadband service providers to lease infrastructure from duct infrastructure owners, under a state government open access driven plan, in order to control the design of the fibre duct and other fibre routes with input from telcos, infracos and towercos for commercial viability, according to the company.”
It opined that the fibre duct connectivity allows for a level playing field for all producers and avoids clash of interest.
The company said the project is also been supported by key telecommunications industry players, locally and internationally.
“Lagos fibre duct infrastructure project is bedrock of Lagos Smart City initiatives in driving E-traffic, E-transport, E-health, E-education and E-governance which is linked to the six pillars of development (THEMES) of governor Babajide Sanwo-Olu Administration. It also allows the MNO’s (Mobile Network Operators) with fibre coverage in Lagos State to have multiple fibre duct on the same routes.”
“The current system of multiple RoW approvals along the same routes is inefficient and does not conform to global best practices,” they said.
The company stated that the Nigeria Communications Commission (NCC) has mandated all request for right of way licenses should be directed to the State or Federal Government.