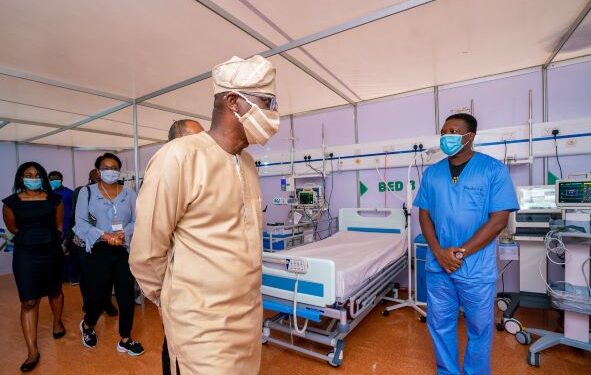 The Covid-19 Isolation centre in the Eti-Osa suburbs of the state would be closure permanently from July 31.
The Young President Organisation (YPO), Lagos Chapter – the body that financed the set up of the centre – announced that the closure was being made, in accord with the Lagos State Government.
In a statement disclosed to the Press, Sunday, titled the Youth organisation said that the make-shift centre would donate its medical equipment to Lagos State, to contribute to the development of the healthcare system in the state.
The YPO said that the 86-bed emergency Isolation centre in Eti-Osa had treated over 310 patients.
“The YPO is very proud to have contributed to the continuous capacity building of healthcare workers and extremely grateful to the team of doctors, nurses and facility personnel that worked tirelessly every day and night to make sure lives were saved.”
The YPO lauded its members, corporate and individual donors, who collectively donated about N1.2bn to make the centre a reality.