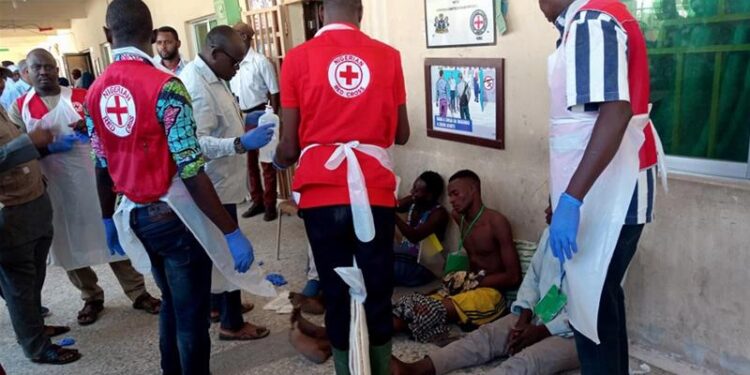 It follows the release of a video showing the killing of the humanitarian workers after their abduction in Borno state.

The United Nations has said it is “utterly shocked and horrified” by the killing of five aid workers by unknown armed groups in northeastern Nigeria.

The statement late on Wednesday by Edward Kallon, UN humanitarian coordinator in Nigeria, followed the release of a video showing the murder of the humanitarian workers who were kidnapped last month in Borno state.

“They were committed humanitarians who devoted their lives to helping vulnerable people and communities in an area heavily affected by violence,” Kallon said.

The aid workers were abducted while travelling on a main route connecting the town of Monguno with Borno state capital, Maiduguri.

Kallon said he was troubled by the number of illegal checkpoints set up by non-state armed groups along the region’s main supply routes.

“These checkpoints disrupt the delivery of life-saving assistance and heighten the risks for civilians of being abducted, killed or injured, with aid workers increasingly being singled out.”

Northeast Nigeria has been ravaged by a decade-long armed campaign led by the armed group Boko Haram that has killed tens of thousands of people and displaced about two million from their homes.

Last year, fighters from a Boko Haram splinter group, the Islamic State West Africa Province, abducted a group of six humanitarian workers – including a female ACF employee – in the region.

Five of the hostages were later executed and the ACF worker remains in captivity.

Aid groups provide a vital lifeline for some 7.9 million people in the region who the UN says are in need of urgent assistance.

Ifelodun Road Gets a Major Facelift