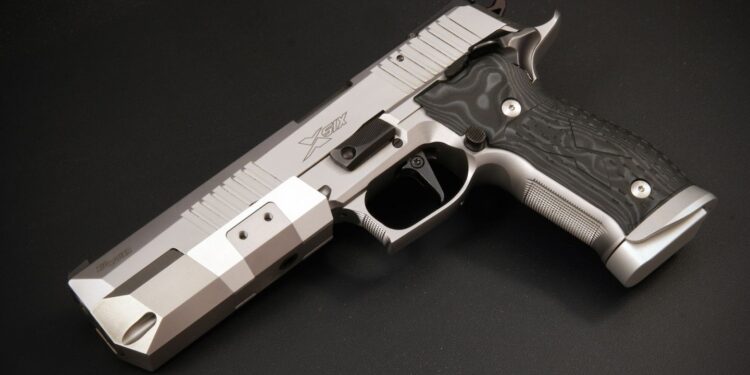 A man, simply identified as Patrick, Saturday, died from the crossfires between the Lagos police officers and some armed robbers who attacked a and businessman, a bullion van conveying money to a bank in the Ajah area the state.

It was gathered that several other residents sustained bullet wounds, as the police engaged the robbers in a shootout.

Patrick, who was in a tricycle, was reportedly hit by a stray bullet and was rushed to a hospital where he died.

Narrating the incident on Instagram on Saturday, his wife, identified as Seunfunmi, said that her husband was shot while in a tricycle commuting him.

She said, “My neighbour (knocked) on my door and told me not to panic that my husband was at Doreen Hospital in Ajah and I was needed there. I prayed and my heart wouldn’t stop beating.

“I called his number and someone else picked the phone. I told the person that I wanted to speak to my husband and she said, ‘No, just come now’.

“I hurriedly dressed the kids and we left for Doreen. I walked into the hospital and called Patrick’s number again and the same person told me, ‘Madam, come outside.’

“Oh.. what I saw.. was the most horrible sight. My husband, my best friend was outside the hospital gate, inside a Keke Napep, with a drip on him and a bandage on his head, bleeding from his head and nose. I screamed ‘Babe is this you?’ My son started crying; my daughter kept saying, ‘Mommy, I want to meet daddy’.

“I saw the other victims, I saw the intestines of the guy who was shot in the stomach right next to my husband’s (mangled) body, with his eyes slightly open…he was in great pain, unresponsive, as I called out to him.

“I was like a crazy person holding the three kids. I asked how come no one was helping him and was told that they were making arrangements to take them to the General Hospital, in Marina. I was directed to a policeman to prevail on him to hurry up the process. I walked up to him; he was on the phone and someone said he was trying to get funds from the bank. I saw the man who was shot in the leg sitting on the floor and holding his drip.”

The woman decried the negligence of the policemen who conveyed Patrick and other victims to the general hospital. According to her, they had “no sense of urgency and compassion.”