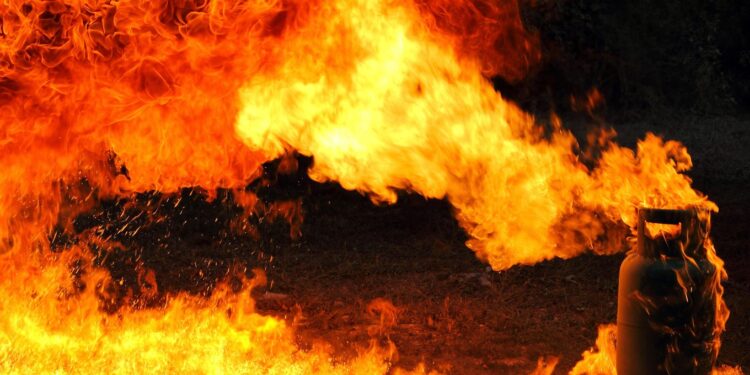 A yet-to-be identified man was, Monday, killed while three others were severely injured in a gas cylinder explosion at 13C, Palmgroove Estate, Cappa Avenue, off lkorodu road of Lagos State at 6.p.m.

The explosion was said to have happened as a result of leakage from the cylinder. This played out during refilling of gas into an outdoor split Air-Conditioner.

According to reports, the three injured people were said to have sustained varying degrees of burns, and have been rushed to hospital.