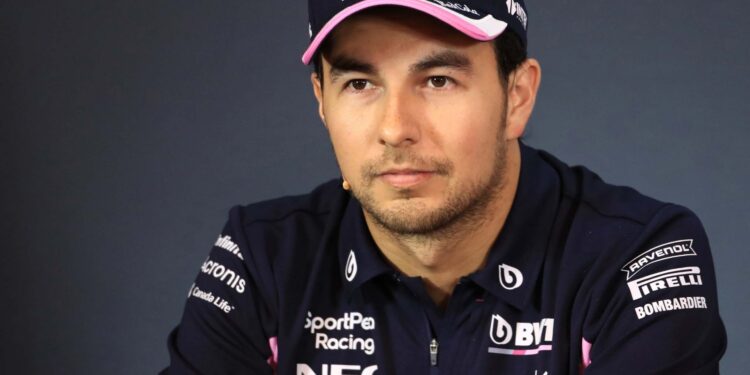 Racing point/Mercedes driver Sergio Perez have to wait for result from a retest to confirm if he will be racing this weekend at the Silverstone.

The F1 season continues this weekend at the Silverstone venue of the British grand prix.

Results from the first round of mandatory tests conducted from F1 drivers before every Grand prix event and every 5 days has returned and it was reported that Racing point/Mercedes driver, Sergio Perez have had his result returned inconclusive.

He has since been isolating himself and he has not made any appearance at the Silverstone ahead of this weekend’s event.
The FIA have had laid down strict COVID-19 prevention procedures in place since the commencement of this F1 season and it has ensured that all drivers, race personels and all officials and media involved get tested for the virus and have been adhreing to strict social distancing rules as all teams are kept away from each other in bubbles which are not close to the race circuits.

It was reported that a total of over 15,000 tests have been carried out since the start of the F1 season in June till now. However, events can still go on should any case of the virus is recorded with 2 reported so far but does not affect any of the front line race personels.

If Sergio Perez result comes out positive, he would not be able to participate at this weekend’s British Grand Prix and Racing Point would have to call up either of their reverse drivers Esteban Gutierrez or Stoffel Vandoorne to race alongside Lance Stroll for this weekend’s event which commences tommorrow with practise sessions and final qualifying races on Saturday, 1st August, 2020.