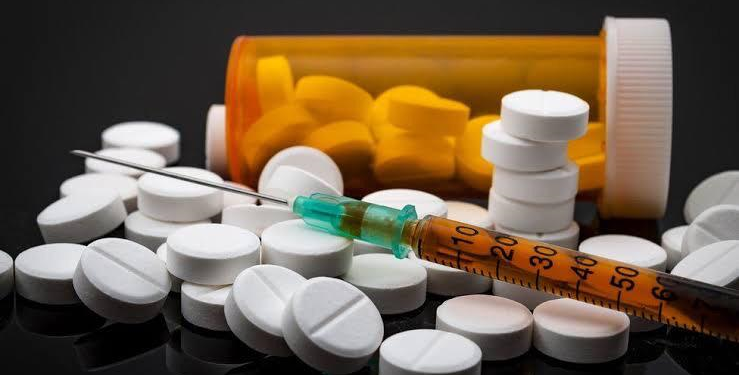 Police officers of Apapa Area Command of Lagos State have intercepted a 40-foot container laden with drugs suspected to be Tramadol and codeine in Lagos.

The container, according to the police, was intercepted on water and taken to a bonded terminal in Apapa.

A team of officers from Customs and the National Drug Law Enforcement Agency (NDLEA) joined the Area B Commander, Olasoji Akinbayo, an Assistant Commissioner of Police on Thursday for inspection.

The Area B Commander had recently intercepted similar illicit imports, and transferred the case and two suspects to NDLEA for prosecution.

The latest intercepted container is expected to also be handed over to appropriate authorities for further investigation and prosecution.

On Tuesday, the National Security Adviser, Babagana Monguno had noted that drug trafficking was one of the vices fueling insecurity across the country.

He recalled, “Drug addiction and trafficking were one of the major issues the Federal Executive Council, chaired by President Muhammadu Buhari, deliberated on at its last National security meeting.”

Monguno continued that Nigeria has moved from a transit hub to a drug production domain.

“17 methaphitamnine laboratory were recently shut down in the country and called for a general national approach to ending the drug menace.”