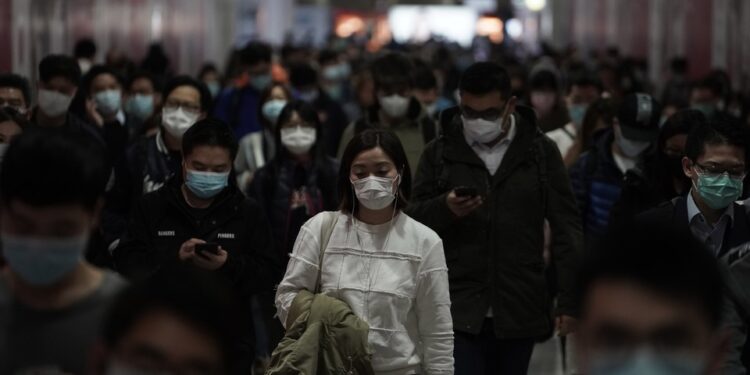 “Dance, the movement of the body in a rhythmic way, usually to music and within a given space, for the purpose of expressing an idea or emotion, releasing energy, or simply taking delight in the movement itself.“ ‘

Well this is dancing as we know it. But Aristotle’s statement in the Poetics that, “dance is rhythmic movement whose purpose is to represent men’s characters as well as what they do and suffer,” may be a more apposite description for this dance. For the most part of 2020, the corona virus has been dictating the tune to which we have been moving somewhat rhythmically in tandem. Paradoxically so much so that some of us have almost forgotten how it feels to dance, at least in public.

The first beat was like the testing of the microphone which few gave any attention, probably because it was coming from China, a land where so much happens that we know little about. However it wasn’t long before the beating of the mic became a continuous and loud screeching sound, the irritation catching the attention of the whole world. This niggling soon became a deep concern as images of the macabre dance from China, Italy and Spain flooded the internet space. As the beat went on it required many stay at home and dance behind locked doors prohibiting dancing with strangers and non-same residential family members or friends. This was fun at first, but dancing to the same beat in the same space becomes monotonous after a short while. Even TikTok dancing didn’t suffice for sustained entertainment. Racism successfully changed the song for a while, albeit from the same ugly genre of the virus, with the fear of extreme respiratory distress. Unshackled from the corona restriction, many danced on the streets, singing with the aggressive, rhythmic movement stimulated by pain, and seeking justice. Maybe we should call it break(point)dancing.

And the beat changed as the virus played on. It demanded everywhere was a masquerade ball and masks were required. As we know, you keep your distance from the Eyo or other Egunguns (make coro no jam you). The happy birthday hand wash motions completed the recommended choreography to this new beat. Typically, not everyone wants to dance and some don’t even have the costumes or know the simple moves. Others just can’t be bothered, and so they keep moving somewhat aimlessly, and dangerously. Hanging around them is an unconscious Dance with Wolves.

While we danced to the dictates of the virus, the earth rested. She must have been glad to get some relief from our noise, our pollution, our aggression and our general nuisance. The man on the moon could almost see his home. The wildlife emerged from the shadows amidst this break with numerous sightings in unusual places, making one wonder if the Noah’s ark emigration was being recreated.

There has been some disjointed dancing though. The beat of the virus has disrupted some good rhythmic dancing that existed before it played. Dancing that ensured safety seems to have lost its way. This reference to is to research and the search for a cure. The search for fame and fortune combined with easy access to the mainstream and social media has scientists performing a lot of uncoordinated movements. As expected some traditional remedies sought the limelight with Madagascar getting her five minutes of fame. An emotional, anecdotal promotion of a cure (and prevention?) by a Cameroonian doctor got her more than five minutes, as she gained stardom (or notoriety) depending on which side of that fence you are. A Nigerian doctor (named Femi) reported a successful therapy which was accepted by all. His team’s approach showcased the right way to dance in terms of testing, promoting and adopting medical therapy for any condition. Excellent rhythm. On the frontline, it remained a dangerous, dark dance, because that is where the virus was highly populated. Healthcare workers found a new rhythm to move to, with PPE costumes a necessary fashion trend. The applause, encouragement and recognition were heartwarming and the labour of fallen soldiers can never be in vain.

In Nigeria dancing is usually associated with spraying of money. We love to appreciate good dancing and applause alone just won’t do. Our fixation on money is often in full display, unlike in some other parts of the world, where it tends to be kept out of the glare of the public. The virus beat thus led to a dance involving naira and dollars. The dance we dislike was performed by the NDDC where some danced and sang so hard that they fainted and had their microphones switched off respectively. Such vulgar dance moves really need to be banned.

Some people didn’t hear the beat of the virus though. It was perceived to be the rich man’s music, hence the dangerous dance of disbelief. A stoop down will help one understand why this. No access to mainstream media, no deaths in large numbers within communities where death from illness is commonplace, newspaper hype of infected politicians and celebrities, isolation centre videos of dancing infected patients, rumours of reckless spending of public funds, and persistent hunger all conspired to deafen the average man on the street. Thus his face mask is on his chin if he bothers to wear one, and he does whatever he can to get close to his source of income. Working from home doesn’t make sense and there are one million boys on the street who have no home or work to adhere to that dance instruction.

Thankfully in Lagos we saw some money dance in the right direction though. Isolation centres were created, testing, with treatment and tracking protocols being established and adhered to. Safety measures were loudly promoted while silencing party, church and mosques speakers. Amazingly the viral dance of the dead was markedly reduced here compared to the developed world. God is merciful and He does answer prayers even when we don’t gather in large numbers to shout in His name.

Sadly the beat of the virus still led to the last dance for some. That is the big deal about it. Life halted prematurely by an unimaginable cause a year ago. Scary. More so when we read of past pandemics and know another pandemic is only some years away. No one should see a pandemic of this nature more than once in a lifetime. Hopefully man will find a way. The vaccine beat is now being developed to which we hope to dance. Expectedly, controversy has arisen concerning this, as some people forget why all babies are universally immunized. The ghost of the small pox virus must be envying this particular corona virus. However it is only a matter of time before the beat of the corona virus fades away…….

The best part of parties for me is when the formalities are over. Everyone has eaten, the drinks are flowing, friends and family remain in huddles. The band or the deejay are in full control at this moment and they stimulate dancing as described by the Oxford English Dictionary above, especially the part that said, “…releasing energy and simply taking delight in the movement itself.” Even Aristotle would smile watching the frenzy as the hosts, guests, waiters, waitresses, ushers and children all sway in different sections of the hall, infected by exhilaration of communal happiness, intoxicated by the sweet music and lyrics. All their worries are set aside temporarily for a slice of heaven, where peace and joy are intermingled and expressed. Tomorrow will take care of itself they seem to say. I yearn for that scenery again and it seems to be coming soon. When that time comes, after taking in the beautiful picture once more, I will join in the ebullient dance with my fellow survivors.