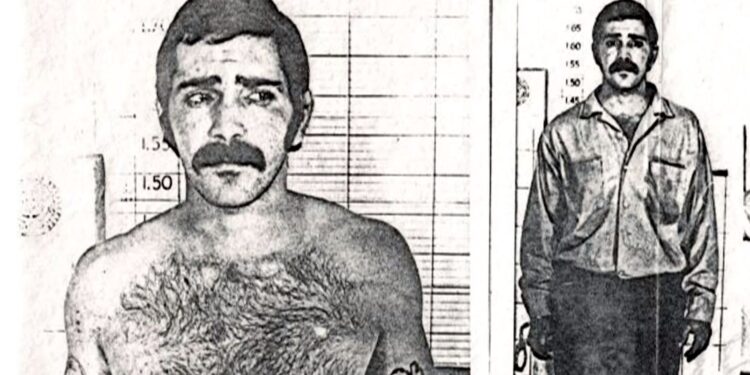 Luis Archuleta, 77, had been living in New Mexico for decades after he shot a police officer in Colorado.

A policeman shot in the stomach in 1971 has tracked down the man who did it – 46 years after he escaped from prison.

Luis Archuleta, 77, was arrested in Espanola, New Mexico on Wednesday – 49 years after he shot police officer Daril Cinquanta in Denver, the FBI said.

Archuleta, also known as Larry Pusateri, shot the officer after he was pulled over to check his ID and the two got into a fight.

Two years later, he was convicted of assault with a deadly weapon and sent to prison, but he escaped from the Colorado Department of Corrections facility in 1974.

Mr Cinquanta never stopped investigating – constantly making phone calls and knocking on doors in a bid to trace the man who shot him.

Recently he got a phone call from an anonymous tipster who said: “I’ve thought about it, and I’m gonna tell you where the guy is who shot you”, he told KUSA-TV.

An arrest warrant was put out for Archuleta and police found him living 20 miles from Santa Fe under the name Ramon Montoya – an alias he had been using for about 40 years.

He is now being transferred to a prison back in Colorado, where Mr Cinquanta hopes to meet him.

The former police officer said: “I would love to sit down and talk to him. He may or may not talk to me. Who knows?”

Michael Schneider, FBI Denver special agent, added: “This arrest should send a clear signal to violent offenders everywhere: The FBI will find you, no matter how long it takes or how far you run, and we will bring you to justice.”