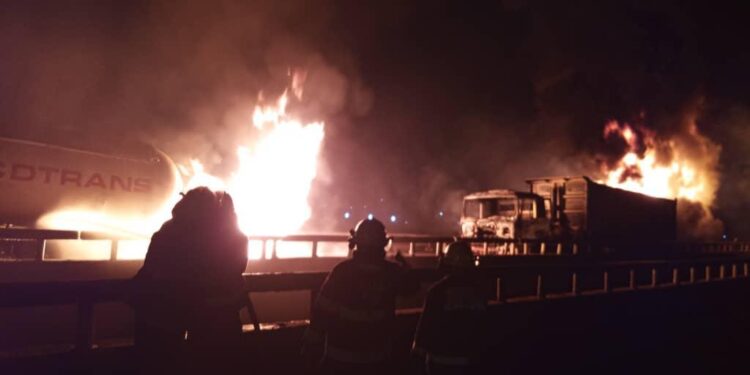 A Nigerian filmmaker, Sauci, has on Sunday escaped being burnt to death after some operatives of the Lagos police tried to accost her on the road.

The filmmaker took to Instagram to narrate her near-death experience. “I escaped death when police officers in a white bus tried to stop me and in the process an oncoming bike man rammed into my car and it caught fire”.

The filmmaker further narrated that the officers abandoned their vehicle and took to their heels when the fire broke out.

“I had to jump out from the passenger seat. It only took the grace of God for my client and I to
escape unhurt,” he noted.

He also said that the fire service men came much later and abated the inferno.

In the process, the filmmaker lost his car, phone and laptop including the bike which all turned to debris.

“The bike man’s leg was squashed and he died. Now I’ve lost my car and so many projects I was working on,” he decried.

“I ran to Ajiwe police station, Ajah, to report and they said it wasn’t their men that chased me.

He, therefore, called on the Lagos state government and the Nigerian police force to weed out the bad eggs and end police harassment.