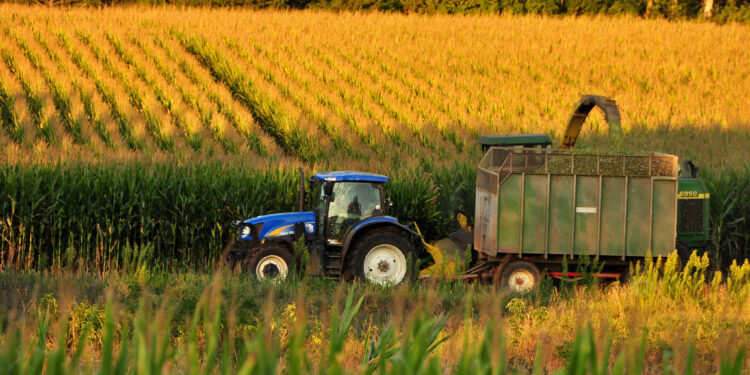 Some farmers and feed millers, in Lagos, have called on the Federal government to save the livestock feeds industry from foreseeable collapse.
They decided a current and ‘unprecedented’ state of maize and soya meal shortage in the city.
The farmers said while the Federal Government moves to reposition the economy through the various policies to promote the sector, especially the enforcement of the ban on the smuggling of frozen poultry products and fish into the country, the scarcity of maize and soya meals could cause grave loss to the industry and the nation’s Gross Domestic Product (GDP).
The farmers further warned that should the industry collapsed due to the crisis, Nigeria might lose its current fight against Covid-19, as there would be acute shortage of quality protein sources to boost nutrition and immunity of the teaming population.
According to the past chairman, Poultry Association of Nigeria (PAN), Lagos chapter, Mr. Lanre Bello, the scarcity of maize could cause doom for the nation’s economy if it is not addressed.
The chairman, Feed Supplements Manufacturers Association of Nigeria (FESMAN), Dr Oyedele Oyediji, said the feed mill crisis could mean disasters to the industry and the economy.
He said the livestock industry is the biggest employer of skilled personnel such as animal scientists, veterinary doctors, engineers, lawyers, as well as so many skilled and unskilled labour, and those in the distributing value chains.
Oyediji revealed that the purported over two million tonnes of maize available in the country were yet to be supplied to farmers as of the time of filing the reporting, noting that the whereabouts of the maize was unknown.
The farmers, however, called on the government to create a special or dedicated strategic national grain reserve of a minimum of 350,000 tonnes of maize for the feed milling industry to fall on in times of national shortfalls.
They also urged the government to give a reprieve of three to four-month window for the Central Bank of Nigeria (CBN) to allow for the importation of 360,000 metric tonnes of maize, which represents only 3.4 per cent of the total 10.3 million metric tonnes of maize produced in the country.