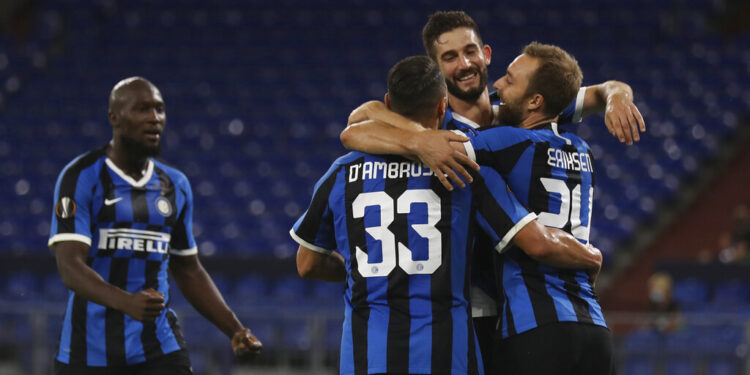 Manchester United survived a very nervy and intense 90 minutes plus a period of extra time before Anthony Martial was hauled down as United were awarded their 21st penalty kick of the season in all competition which was slotted in calmly by Bruno Fernandes. Copenhagen, the reigning Danish Champions proved that they were no push overs on the night and showed a glimpse of why they are the Champions of Denmark as they gave a very committed defensive performance and stood toe to toe with United for the entire period of the game but significantly didn’t register any shot on target throughout the match against United who had 26 shot played on Copenhagen goal with 14 of that been on target, they got lucky at several moment of the game as United youngster Mason Greenwood and Fernandes both had efforts that struck the post in the course of the 90 minutes and they also have their goal keeper Karl-Johan Johnson to thank as he made several saves(13) in the duration of the game to stop United from registering a goal from open play.

Copenhange started the game in the front foot pilling pressure on the United defense but they saw most of their shots either off target or were met by a dogged and firm United defense on the night, United had strings of brilliant plays for majority of the game and they must feel hard done by the VAR decision which nullified a classy Mason Greenwood finish, as he was put through on goal by Marcus Rashford but an offside position was noticed in the build up to the goal and the goal did not stand.

United had a brilliant spell and pilling all the pressure in search of a second goal in the extra period after they had gotten the 1st goal through the penalty kick, the Copenhagne goal keeperKarl-Johan Johnsson was called to action severally as he saved a Fernandes and Mata attempts and even Victor Lindelof hit the post as well, but the lone goal was enough to see United safely into the last 4 of the Competition to face either fellow Premier league side Wolves or Sevilla to be decided today.

Anthony Conte’s men did enough to edge the German side Bayern Leverkusen 2-1 to secure their last 4 place in this season’s ongoing Europa league competition, Nicolo Barella got Inter in the lead as early as the 15th minutes of the game and the Belgian Striker Romelo Lukaku, a man on form gave a man of the match performance and  continued his impressive goal scoring season netting the second goal on the night for the Italians in the 21st minutes, the goal according to Opta Joe as put the Belgian striker with reach of a record set by Sameul Eto in the 2011/2012 season for the most goal involvement in an European competition for Inter.

Lukaku has also gotten in the goals 31 times this season, his personal best goal scoring season of his career. Inter would square up against the winner of the match between Shakhtar Donetsk or FC Basel in the semi-final of the competition

Leverkusen gave a good account of themselves as well as they got a goal of their own through Kai Havertz who struck beautifully for a fine finish minutes before the 1st 45.

Bayern Leverkusen had a fair run in the season with a prospect of ending in the Champion league places for next season, but their hopes were dashed as they narrowly missed out and they ended the season also as a losing finalist in the German Cup as they lost to Bayern Munich in the final, This loss to Inter in the Europa league Q-final have summed up their season and killed any possible hopes of ending the season on a high and the 27 years wait for a silverware continues for Leverkusen.