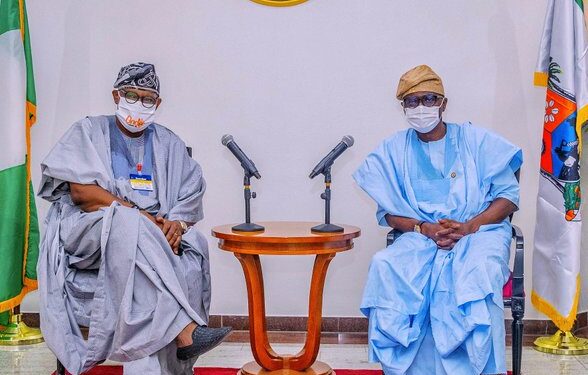 Following the recent selection of the All Progressives Candidate (APC), Mr. Babajide Sanwo-Olu, as Head, Ondo State Governorship Campaign Council, the Peoples Democratic Party (PDP), Lagos State chapter, has accused the APC of plans to divert Lagos funds into the Ondo State Governorship contest.
The Publicity Secretary of PDP, Lagos, Taofeek Gani, in a statement on Wednesday, stated, “The selection of Governor Babajide Sanwo-Olu as Head of the APC Ondo State Governorship campaign council cannot be for his political experience but because the APC intends to use Lagos funds to run the Ondo elections.
“Just as we are already hinted that Sanwoolu has approved N25 Billion to support Ize Iyamu in Edo”.
The party has, therefore, urged Lagos State Commissioner for Finance and the Accountant General to prepare for accountability within this period of Edo and Ondo elections.
“We will invite EFCC and also support the legal protest against this selection targeted at diverting Lagos taxes in the face of colossal infrastructure inadequacies begging for attention in the state,” PDP stated.
It, however, admonished Sanwo-Olu to show empathy to residents by rejecting the “Greek gift” selection as head of APC campaign council, so as to concentrate on his much-touted quest to improve the state development.
According to Oladejo in a statement, “Our attention has been drawn to the nauseating occasional vituperation of the opposition PDP as regards the appointment of the Governor of Lagos State, Mr Babajide Sanwoolu-olu to lead the APC campaign for the forth-coming Ondo State Governorship election.
“The characteristic wild and reckless allegation has shown the consistency of the warped state of mind of a frustrated opposition party that is determined to sell falsehood to the people.
“The false and unfounded allegation of the intention to divert resources of Lagos State is at best admission of what obtains in the PDP whenever there’s an election.
“Nigerians haven’t forgotten the Dasuki-gate which provided a looting spree in the name of elections.
“It’s also an open secret that the PDP has remained in permanent opposition in Lagos State because its leadership is gifted in looting election funds.
“It is important to put it on record that the well-thought choice of the Lagos State Governor to lead the election campaign was based on his well-acknowledged remarkable performance in office despite the prevailing unusual challenge.
“He’s also known as a great manager of human and material resources.
“It’s laughable that you described Mr. Governor as lacking political experience after successfully and effortlessly retiring your serial governorship candidate,” he said. 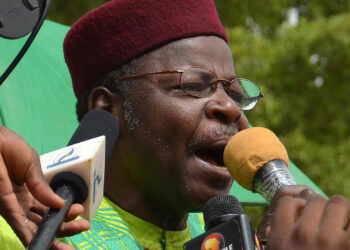 Mahamane Ousmane insists ‘fraud’ committed ‘pretty much everywhere in all of Niger’s regions’ after results give victory to Mohamed Bazoum....

Ahead of the 2023 general elections, the Independent National Electoral Commission (INEC) has inaugurated a 17-member Committee to review its...