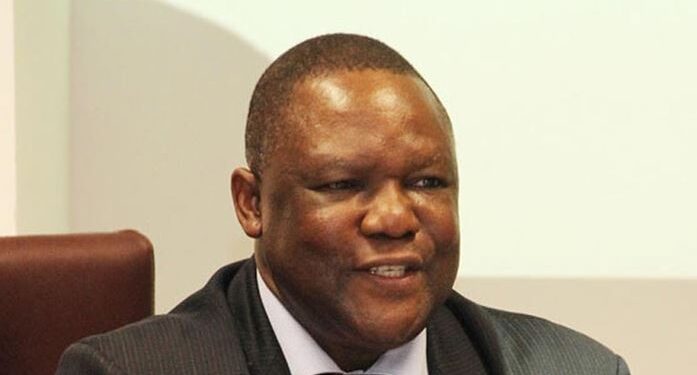 Concerned Nigerians in the public and private sector have condemned the recent N5 million Naira fine by the Federal Government on Lagos-based radio, Nigeria Info, over alleged broadcasting of “inciting speech”.
The National Broadcasting Commission fined the nine-year-old radio station for “providing its platform to be used to promote unverifiable and inciting views that can incite crime, public disorder.”
While announcing the penalty, yesterday, NBC had said the misconduct happened during the programme, “Morning Cross Fire”, aired on Monday between 8.30am and 9.00am.
A former deputy governor of the Central Bank of Nigeria, Obadiah Mailafia, had while speaking during the programme alleged that a northern state governor is a commander of the terror group, Boko Haram.

The NBC said that “Dr Mailafia Obadia’s comments on the ‘Southern Kaduna Crisis’ were devoid of facts and by broadcasting same to the public, Nigeria Info 99.3FM, is in violation of the following sections of the Nigeria Broadcasting Code: 3.1.1 No broadcast shall encourage or incite to crime, lead to public disorder or hate, be repugnant to public feelings or contain offensive reference to any person or organisation, alive or dead or generally be disrespectful to human dignity.”
The new NBC’s 6th edition Code has also threatened sanctions on media houses for allowing their platforms to be used for “insulting” public officials.
Former vice president, Atiku Abubakar, said the fine on Nigeria Info radio was a “threat to an evolving democracy like Nigeria’s.”
He said, “While there is no disputation over the fact that hate speech portends an existential threat to the enterprise of journalistic reporting and, in fact, inhibits the workings for a free society, it is absolutely repugnant that powers that be would instrumentalize the prevention of hate speech as a means of constricting free speech.
“It is globally acknowledged that one of the core functions of the mass media is to inform the society on all ranges of issues, not even to the exclusion of national security issues. The mass media has a role to play in ensuring that all possible shades of opinions are given access to the media platform.”
Similarly, the International Press Centre (IPC) expressed dismay over the imposition of the fine.
The executive director of IPC, Lanre Arogundade, said the NBC gave the impression that it was the radio station that put the words in the mouth of the guest and went on to impose a fine without any evidence whatsoever that the alleged statement had degraded any person or groups of persons, which would have amounted to hate speech.
“Even if a case of hate speech can be established, it is totally out of place in a democratic setting that NBC would be the one to accuse, prosecute and judge its own case against the station.”
The group said that the hefty fine represented an assault on media independence, freedom of expression and the right of citizens to know about issues of public interest.
The Socio-Economic Rights and Accountability Project (SERAP), in its statement of Thursday, urged President Buhari to caution the NBC to refrain from threatening Nigerians with punishment if they insult Publix officials.
The group threatened legal action if the commission fails to comply.
“We’ll see in court if the NBC continues to undermine Nigerians’ human rights. Nigerian authorities should stop using “insult” as a pretext to stifle freedom of expression, and as a tool of repression.
“The ‘crime’ of insult is entirely inconsistent and incompatible with the Nigerian Constitution, 1999 (as amended), and international human rights law.”

The new controversial NBC code, since its amendment, has stirred controversy with many Nigerians kicking against its provisions, including members of the NBC board.
The Commission’s board, who have already started enforcing the code, insists that the NBC code 6th amendment was ‘erroneously’ done by the Minister of Information, Lai Mohammed.

‘Erroneous Trigger’
The Board explained that, following the 2019 national elections, some members of the Federal Executive Council (FEC) made observations to the Lai Mohammed about the divisive broadcasts engaged in by some broadcast media before, during and after the elections and the need to strengthen the operations of the NBC to avert such future occurrence.
This, they examined was the birthplace of the controversial 6th amendment code.
They said that those observations was ‘’unfortunately misunderstood’’ by the Minister of Information, who instead of studying and following the law, relevant rules and regulations, and direct the appropriate authorities as stipulated by the Law to act on, erroneously embarked on the review alone.
They said: ‘’From the history, traditions and the convention of the NBC, no Honourable Minister of Information has ever interfered in any NB Code review.
‘’After the 2019 presentation of the 6th code (which is the present one), the Hon. Minister has acted alone with just a handful of his loyalists who have written a new NB Code that has created uproar in the industry, threatening to destroy investments and lead to job losses.
‘’The Honourable Minister has constantly dropped the name of President Muhammadu Buhari as having approved his own version of the code review. The NB Code is a regulatory framework put together jointly by stakeholders to guide their operations in the industry.”