HAMILTON TO START IN POLE POSITION AT THE SPANISH GRAND PRIX 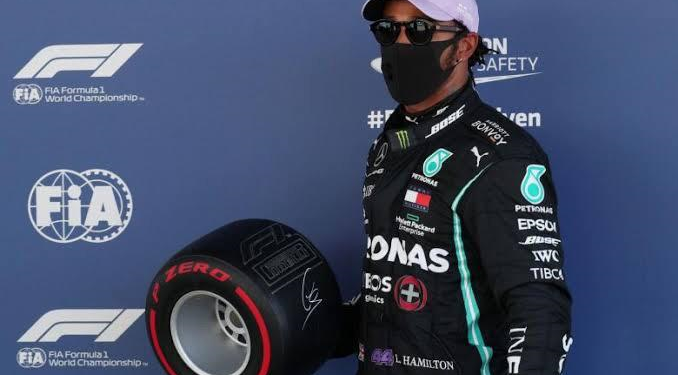 Mercedes Lewis Hamilton is back starting in pole position for the weekend’s Spanish Grand Prix at the circuit de Catalunya circuit in Barcelona after missing out on starting in pole last weekend at the 70th anniversary grand prix, Hamilton beats teammate Valteri Bottas by 0.059seconds and last weekend’s winner, Red bull’s Max Verstappen to start in 3rd place on the starting grid as returning Racing Point driver Sergio Perez is right back in contention and in the thick of things as he would be starting in P4 on the grid.

The Racing Point/Mercedes duo of Sergio Perez and Lance Stroll would be starting behind Verstappen in P4 and P5 respectively.

Charles Leclerc finished in 9th place for Ferrari as teammate and former World Champion Sebastian Vettel’s struggles continues as he dropped out in the Q2 like he did at Silverstone last weekend despite Ferrari making significant changes to its chassis during the week in preparation for this weekend.

Alex Albion made it to the Q3 this weekend as he managed 6th place finish to start behind the Racing Point Mercedes duo.

“Homeboy” Spanish Carlos Sainz who is racing at home this weekend would be starting alongside his Mc Laren teammate Lando Norris in 7th and 8th place respectively on the starting grid.

Pierre Gasly for Alpha Tauri would be making up the final top ten position.

The main race tomorrow would start at 2.10pm and hopefully Red Bull’s Max Verstappen would be turning up the Barcelona heat on the Mercedes duo in the front row at the starting grid at the circuit de Catalunya circuit.