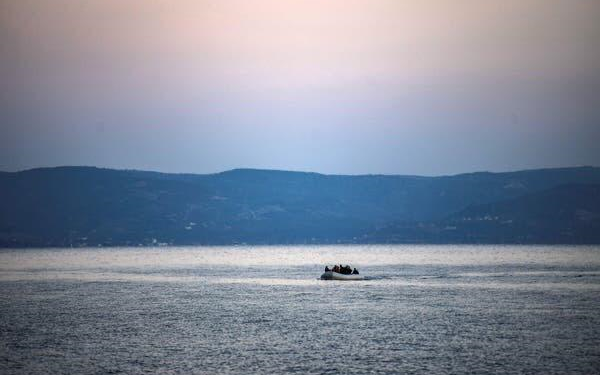 Many Greeks have grown frustrated as tens of thousands of asylum seekers languished on Greek islands. Now, evidence shows, a new conservative government has a new method of keeping them out.

The Greek government has secretly expelled more than 1,000 refugees from Europe’s borders in recent months, sailing many of them to the edge of Greek territorial waters and then abandoning them in inflatable and sometimes overburdened life rafts.

Since March, at least 1,072 asylum seekers have been dropped at sea by Greek officials in at least 31 separate expulsions, according to an analysis of evidence by The New York Times from three independent watchdogs, two academic researchers and the Turkish Coast Guard. The Times interviewed survivors from five of those episodes and reviewed photographic or video evidence from all 31.

“It was very inhumane,” said Najma al-Khatib, a 50-year-old Syrian teacher, who says masked Greek officials took her and 22 others, including two babies, under cover of darkness from a detention center on the island of Rhodes on July 26 and abandoned them in a rudderless, motorless life raft before they were rescued by the Turkish Coast Guard.

“I left Syria for fear of bombing — but when this happened, I wished I’d died under a bomb,” she told The Times.

Illegal under international law, the expulsions are the most direct and sustained attempt by a European country to block maritime migration using its own forces since the height of the migration crisis in 2015, when Greece was the main thoroughfare for migrants and refugees seeking to enter Europe.

The Greek government denied any illegality.

“Greek authorities do not engage in clandestine activities,’’ said a government spokesman, Stelios Petsas. “Greece has a proven track record when it comes to observing international law, conventions and protocols. This includes the treatment of refugees and migrants.”

Since 2015, European countries like Greece and Italy have mainly relied on proxies, like the Turkish and Libyan governments, to head off maritime migration. What is different now is that the Greek government is increasingly taking matters into its own hands, watchdog groups and researchers say.

For example, migrants have been forced onto sometimes leaky life rafts and left to drift at the border between Turkish and Greek waters, while others have been left to drift in their own boats after Greek officials disabled their engines.
“These pushbacks are totally illegal in all their aspects, in international law and in European law,” said Prof. François Crépeau, an expert on international law and a former United Nations special rapporteur on the human rights of migrants.

“It is a human rights and humanitarian disaster,” Professor Crépeau added.

Greeks were once far more understanding of the plight of migrants. But many have grown frustrated and hostile after a half-decade in which other European countries offered Greece only modest assistance as tens of thousands of asylum seekers languished in squalid camps on overburdened Greek islands.

Since the election last year of a new conservative government under Prime Minister Kyriakos Mitsotakis, Greece has taken a far harder line against the migrants — often refugees from the war in Syria — who push off Turkish shores for Europe.

The harsher approach comes as tensions have mounted with Turkey, itself burdened with 3.6 million refugees from the Syrian war, far more than any other nation.

Greece believes that Turkey has tried to weaponize the migrants to increase pressure on Europe for aid and assistance in the Syrian War. But it has also added pressure on Greece at a time when the two nations and others spar over contested gas fields in the eastern Mediterranean.

For several days in late February and early March, the Turkish authorities openly bused thousands of migrants to the Greek land border in a bid to set off a confrontation, leading to the shooting of at least one Syrian refugee and the immediate extrajudicial expulsions of hundreds of migrants who made it to Greek territory.

For years, Greek officials have been accused of intercepting and expelling migrants, on a sporadic and infrequent basis, usually before the migrants manage to land their boats on Greek soil.

But experts say Greece’s behavior during the pandemic has been far more systematic and coordinated. Hundreds of migrants have been denied the right to seek asylum even after they have landed on Greek soil, and they’ve been forbidden to appeal their expulsion through the legal system.

“They’ve seized the moment,” Professor Crépeau said of the Greeks. “The coronavirus has provided a window of opportunity to close national borders to whoever they’ve wanted.”

Emboldened by the lack of sustained criticism from the European Union, where the migration issue has roiled politics, Greece has hardened its approach in the eastern Mediterranean in recent months.

Migrants landing on the Greek islands from Turkey have frequently been forced onto sometimes leaky, inflatable life rafts, dropped at the boundary between Turkish and Greek waters, and left to drift until being spotted and rescued by the Turkish Coast Guard.

“This practice is totally unprecedented in Greece,” said Niamh Keady-Tabbal, a doctoral researcher at the Irish Center for Human Rights, and one of the first to document the phenomenon.

With few prospects in Turkey, the family tried to reach Greece by boat three times this summer, failing once in May because their smuggler did not show up, and a second time in June after being intercepted in Greek waters and towed back to the Turkish sea border, she said.

On their third attempt, on July 23 at around 7 a.m., they landed on the Greek island of Rhodes, Ms. al-Khatib said, an account corroborated by four other passengers interviewed by The Times. They were detained by Greek police officers and taken to a small makeshift detention facility after handing over their identification documents.

Using footage filmed at this site by two passengers, a Times reporter was able to identify the facility’s location beside the island’s main ferry port and visit the camp.

A Coast Guard officer and an official at the island’s mayoralty both said the site falls under the jurisdiction of the Port Police, an arm of the Hellenic Coast Guard.

A Palestinian refugee, living in a disused slaughterhouse beside the camp, confirmed that Ms. al-Khatib had been there, recounting how he had spoken to her through the camp’s fence and bought her tablets to treat her hypertension, which Greek officials had refused to supply her.
On the evening of July 26, Ms. al-Khatib and the other detainees said that police officers had loaded them onto a bus, telling them they were being taken to a camp on another island, and then to Athens.

Instead, masked Greek officials transferred them to two vessels that ferried them out to sea before dropping them on rafts at the Turkish maritime border, she and other survivors said.

Amid choppy waves, the group, which included two babies, was forced to drain the raft using their hands as water slopped over the side, they said.

The group was rescued at 4:30 a.m. by the Turkish Coast Guard, according to a report by the Coast Guard that included a photograph of Ms. al-Khatib as she left the life raft.

Ms. al-Khatib tried to reach Greece for a fourth time, on Aug. 6, but said her boat was stopped off the island of Lesbos by Greek officials, who removed its fuel and towed it back to Turkish waters.

Some groups of migrants have been transferred to the life rafts even before landing on Greek soil.

On May 13, Amjad Naim, a 24-year-old Palestinian law student, was among a group of 30 migrants intercepted by Greek officials as they approached the shores of Samos, a Greek island close to Turkey.
The migrants were quickly transferred to two small life rafts that began to deflate under the weight of so many people, Mr. Naim said. Transferred to two other rafts, they were then towed back toward Turkey.

Videos captured by Mr. Naim on his phone show the two rafts being tugged across the sea by a large white vessel. Footage subsequently published by the Turkish Coast Guard shows the same two rafts being rescued by Turkish officials later in the day.

Migrants have also been left to drift in the boats they arrived on, after Greek officials disabled their engines, survivors and researchers say. And on at least two occasions, migrants have been abandoned on Ciplak, an uninhabited island within Turkish waters, instead of being placed on life rafts.

In parallel, several rights organizations, including Human Rights Watch, have documented how the Greek authorities have rounded up migrants living legally in Greece and secretly expelled them without legal recourse across the Evros River, which divides mainland Greece from Turkey.

Feras Fattouh, a 30-year-old Syrian X-ray technician, said he was arrested by the Greek police on July 24 in Igoumenitsa, a port in western Greece. Mr. Fattouh had been living legally in Greece since November 2019 with his wife and son, and showed The Times documents to prove it.

But after being detained by the police in Igoumenitsa, Mr. Fattouh said, he was robbed and driven about 400 miles east to the Turkish border, before being secretly put on a dinghy with 18 others and sent across the river to Turkey. His wife and son remain in Greece.

Ylva Johansson, who oversees migration policy at the European Commission, the civil service for the European Union, said she was concerned by the accusations but had no power to investigate them.

“We cannot protect our European border by violating European values and by breaching people’s rights,” Ms. Johansson said in an email. “Border control can and must go hand in hand with respect for fundamental rights.” 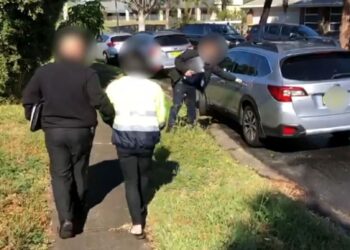 Arrests of all the suspects, aged 19 to 57, were made in every Australian state, except the Northern Territory. Australian... 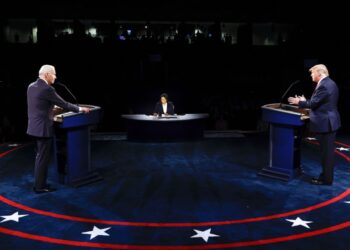