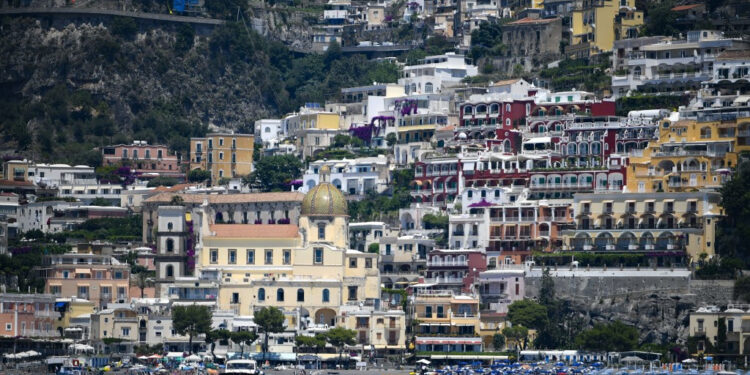 A view taken on July 1, 2020 shows the village of Positano on the Amalfi coast in southern Italy. (AFP/Filippo Monteforte)

With its white and multicolored houses perched on the mountainside above the crystalline waters of the Mediterranean, Italy’s Amalfi coast is an ideal holiday location but it is suffering.

The beauty of the villages of Sorrento, Positano and Amalfi is world famous, but today the normally bustling streets are  practically empty. With fewer boats bobbing around the harbor and no traffic jams on the coast road leading to the villages, it has an air of low season.

The problem is a lack of visitors, particularly from across the Atlantic. The ongoing COVID-19 pandemic means that tourists from the United States – where cases continue to rise – are not currently allowed into Europe.

“In previous years we had 80 percent foreign tourists, and half of those were from North America,” the head of the local tourist association, Andrea Ferraioli, told AFP.

Some 13 percent of Italy’s GDP comes from tourism, a key driver of jobs in the country.

On the Amalfi coast near Naples most of the small family businesses only opened in early June due to Italy’s long lockdown, while the region’s many luxury hotels only opened this month.

Perched on the rocks in Positano and with a spectacular sea view, the Le Agavi hotel welcomed its first guests on July 1. But greeting them were only half its usual 110 employees.

“We had exceptional occupancy last year, around 93 percent, but now we’re at around 60-65 percent,” said owner Giovanni Capilongo.

But reservations were in from tourists from the United States, Canada and Australia for September and October, Capilongo said.

“They account for (on average) 82 percent of our guests and we hope that the market can take off again,” as international flights resume, he said.

Hotel operators hope that since the season started late, it may continue longer into November.

Meanwhile, Italians who usually account for only five to seven percent of guests are today the majority.

Among them were tourists Mario Bocci and his Brazilian wife Elisabeth De Assis, who said they usually go abroad on holiday.

“So many foreigners come to Italy, but we Italians don’t make the most of its beauty. We’ve rediscovered it,” Bocci said.

A handful of tourists were making the most of the balmy early evening with a cocktail at Positano’s Palazzo Murat, an early 19th century architectural jewel.

Although only around a quarter of the hotel’s rooms are filled during the week, the hotel manages 80 to 90 percent occupancy at the weekend, “with lots of Italians,” said co-owner Tanina Vanacore.

US tourists have flocked to Positano – where colorful cliffside homes overlook the clear blue waters – for decades, Vanacore said.

Despite the challenges for those in the industry, the few visitors appeared to be enjoying themselves, without the usual crush of tourists.

“I feel very lucky to be here when there’s nobody,” said London doctor Ravi Solanki, 27.

“I can enjoy the village and everything it offers, almost like it’s my own.”

Generally, smaller businesses have slashed their prices to compete, but luxury hotels have only slightly reduced prices, so as not to devalue the services.

Other businesses like cruise operators have had to adapt as well, said Andrea Russo, sales manager for luxury cruise specialist Plaghia Charter.

“We try to offer more accessible services,” she said, such as small group excursions at 60 euros.

Today’s tourists lack the larger budgets of US tourists, who don’t hesitate to spend 1,200 euros a day for a 12-meter boat, she said.

The lack of US tourists has even altered working hours for restaurant staff, who begin serving dinner for foreigners in the early evening.

“At 9:30 (p.m.) there’s nobody left at table,” said Armando Gambardella, owner of the Da Armandino restaurant in Praiano. 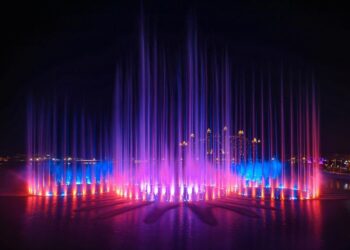 Because one record-breaking fountain isn't enough, Dubai will be home to two of them. The 'Palm Fountain', which is set... 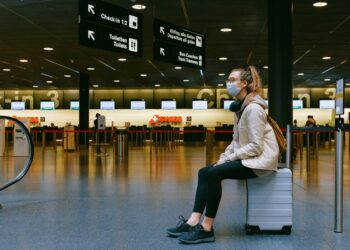 Over 20 EU travel and tourism Associations have urged the European Commission to replace quarantine restrictions with an EU Testing...