by The Lagos Today
in Breaking, Sports
1 min read
0
0 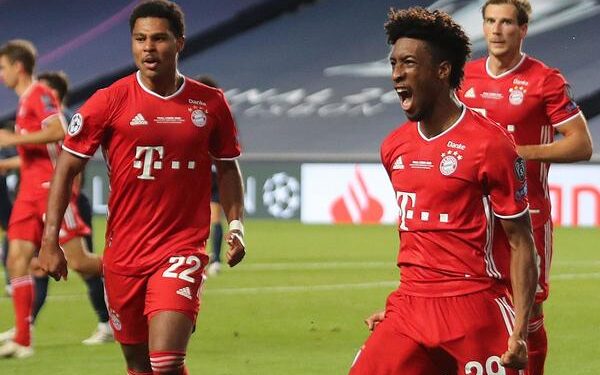 They won 1 -0, courtesy of a 59th-minute goal by Kingsley Coman.

Joshua Kimmich had four teammates to aim at but finds Coman unmarked at the back post. Coman subsequently sent a powerful downward header into the bottom corner.

In the 22nd minutes, Robert Lewandowski missed a goal. He received the ball in the opponent’s penalty area, shot from the turn, but the ball ended up on the post.

Bayern ruined PSG’s chances of winning the Champions League in their first time to reach the UCL final.

For the first time since 1998, the Champions League final featured two teams who entered the competition as domestic champions, a throwback to the days of the old European Cup when only a country’s title winners were allowed to enter.