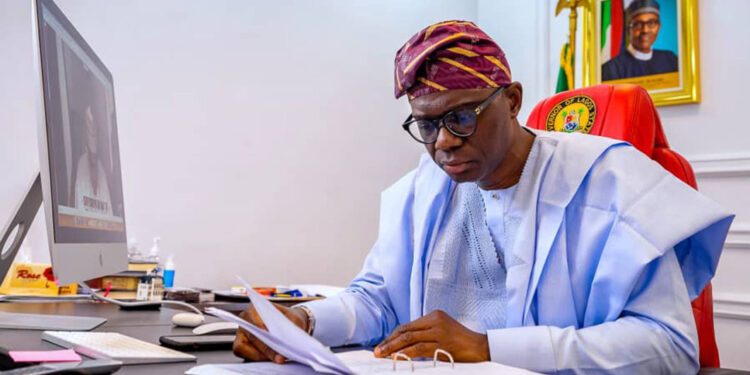 The Lagos State government, Thursday, announced that it generated a total of N432.6 billion Naira as revenue, which was 81 per cent of its projected revenue, despite the scourge of the COVID-19 pandemic on economic activities.
The state’s Commissioner for Budget and Economic Planning, Mr. Sam Egube, disclosed this at the 2019/2020 yearly Press Week Lecture of the Lagos State Governor’s Office Correspondents (LAGOCO), with the theme, “Rethinking Lagos for the Post-COVID-19 Era.”
Egube, the Guest Speaker at the event, represented by the Senior Special Assistant to Lagos State Governor on Economic Matters, Mr. Lekan Balogun, said that despite the COVID-19 pandemic, the government had been able to re-strategise to conform with the demands of the present realities.
According to him, the review of the budget was, among others, necessitated by lower GDP growth decline in demands for goods and services, and a shortfall in revenue generation.
He said that the review in the state’s budgetary plan was effected to maintain a strong response to the effects of the pandemic on food, ensure job creation, economic stability, and economic reforms for ease-of-doing-business.
In his remark, Governor Babajide Sanwo-Olu, represented by the state’s Commissioner for Information and Strategy, Mr. Gbenga Omotoso, said that despite the COVID-19 crisis, “governance never stopped in the state.”
Also, in his address, Chairman, Nigeria Union of Journalists (NUJ), Lagos Council, Dr. Qasim Akinreti, praised the governor for showing exemplary leadership despite the attendant challenges, saying: “Lagos has excelled very well to redefine the way we do things.”
In another development, the Independent Corrupt Practices and other related offences Commission (ICPC) said it had arrested 25 officials of Vehicle Inspection Office, Federal Road Safety Commission (FRSC), Motor Vehicle Licensing Authority (MVLA) and others in connection with alleged drivers’ licence and vehicle particulars fraud in Lagos State.
ICPC Spokesperson, Azuka Ogugua, yesterday in Abuja, said that the operation was done in collaboration with the Department of State Services (DSS) and the FRSC. 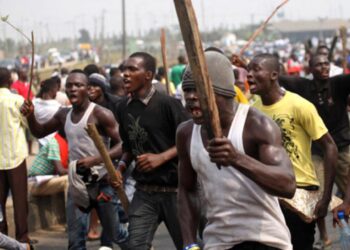 There is currently unrest in Fagba, Iju-Ishaga, Ifako-Ijaiye area of Lagos State as the Hausa and Yoruba communities engaged in... 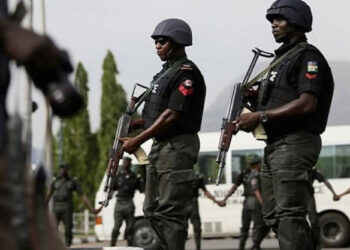