The Speaker of the House, Rt. Hon. (Dr.) Mudashiru Obasa, ruled that in consideration of the spate of drug abuse and alcohol consumption among students in primary and secondary schools in the state, the Child Rights Law should be amended to accommodate sensitisation campaign programmes on the dangers of drugs, alcohol and tobacco consumption among students and its resultant harmful effects.

He added that the Law needed to be amended judiciously for vigilance of unlawful trading and sales of drugs and alcohol as well as come up with pictorial campaigns that will convince the students especially those who have drowned in the pool of drug usage, the consequences of drugs.

“The school authority should also have committees to identify those who inculcate the habit of drug consumption as well as empower the committees in charge to carry out these assignments to avoid legal implications,” he suggested.

While highlighting that it is a motion that seeks to correct the attitude of our children towards drugs and alcohol, Obasa said parents should not be left out.

“Parents should be aware of the child’s attitudinal change. When they start taking drugs, any parent that fails in his or her responsibilities to train the child will also be charged with consequences. The parents have a vital role to play,” Obasa maintained.

The prime mover of the motion during Plenary, Desmond Elliot, drew the attention of the House to the fact that experiment with drugs, alcohol and tobacco often times starts from elementary schools and reaches the peak in high schools where its adverse effect is remarkably high on the students.

“The unrestrained abuse of drugs, alcohol, tobacco and other prohibited drugs used by the students hinder the achievement of their educational attainment and steer to vices such as gangsterism, gang rape and cultism,” he noted.

“Therefore, we need to take punitive measures to ensure these vices are rooted out,” he enjoined. 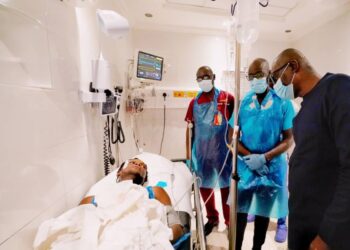