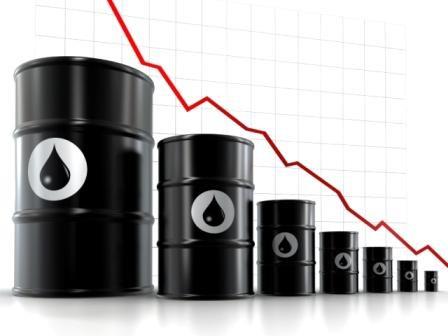 Following the Federal Government’ announcement that the Premium Motor Spirit is to be sold to marketers at N151.56, oil marketers, in Lagos, yesterday, fixed the pump price for petrol at N162 per litre.

Nigerians have since berated the marketers for the price hike.

Among those that rejected or kicked against the hikes were the minority caucus of the House of Representatives, Peoples Democratic Party (PDP), Socialist Party of Nigeria (SPN), and Advocacy for Integrity and Economic Development (AIED).

They claimed the absence of the PPPRA’s template created confusion coupled with the issuance of two conflicting statements by a subsidiary of the NNPC, Petroleum Products Marketing Company (PPMC). The two statements fixing two ex-depot prices: N147.67 and N151.56.

The PPMC, in the first statement dated September 2, 2020, with reference number PPMC/IB/LS/020, notified stakeholders that the price had increased to N151.56 per litre.

The same agency, in the second statement, with reference number PPMC/MOD/SALES/346, put ex-depot price at N147.67 for petrol.

With an ex-depot price of N151.56, some marketers noted that additional charges for distribution margin, transporter allowance, retailer margin, bridging fund, marine transport as well as administration charges would push the retail price up to an average of N162 per litre, based on market fundamentals.

The Independent Petroleum Marketers Association of Nigeria (IPMAN) was uncertain of the price as the association’s Vice President, Abubakar Shettima, said that situation was being weighed.

The Southwest Zonal Chairman of IPMAN, Dele Tajudeen, however, mentioned that association had directed its members to dispense the product at N162 per litre.

Tajudeen alleged that the NNPC had been selling to their retail outlets at different prices, bringing disparity in the system, especially for other marketers.

“This pits us against the masses. Government has been insensitive to people’s plight”, he said.

REACTING to the hike, the minority caucus in the House of Representatives, in a statement by its leader, Ndidu Elumelu, described price increase as unacceptable.

The caucus said the hike would worsen high cost of consumer goods and services and economic hardship suffered by Nigerians.

Elumelu said: “The minority caucus in the House of Representatives rejects the announced increase in the pump price of fuel.

“This is because such increase will directly result in more hardship on our citizens, particularly at this critical time when the majority of Nigerians, across the country, are struggling to survive under the burden of the high cost of living and low purchasing power occasioned by the prevailing economic challenges.’’

The caucus asked PPMC to revert to former price.

The Peoples Democratic Party (PDP) described the increase as callous, cruel and punishing.

The party clamoured for the National Assembly to caution the APC Federal Government and prevent it from plunging the nation into chaos.

The party demanded reversal of the prices to avert national crisis.

They said: “The increase will result in upsurge in costs of goods and services and worsen the biting hardship faced by Nigerians, who are already impoverished and grappling with high cost of living in the last five years.”

In a statement by its National Publicity Secretary, Kola Ologbondiyan, the party said increasing fuel price from N87 per litre to N151 and hiking electricity tariff from N30.23 per kwh to over N66, had left no one in doubt that APC’s agenda was to inflict pain and hardship on Nigerians to satisfy their selfish interests.

The party challenged the APC and the Buhari administration to publish parameters with which they arrived at the increase of fuel price, arguing that with the prevailing values in the international market, the appropriate price template for domestic pump price in Nigeria ought not to be above N100 per litre

The party, in a statement signed by its acting National Chairman, Abiodun Bamigboye, and National Secretary, Chinedu Bosah, described the increment as one too many. It called on the Nigerian Labour Congress (NLC) and the Trade Union Congress (TUC), not to only issue statements but to mobilise to fight back.

It said, “SPN strongly condemns this increase and demands its immediate and unconditional reversal to pre-May 2020 price. But condemnation in words alone will not be enough, especially for an obdurately anti-poor capitalist regime which has made it clear to everyone it is desperate at offloading economic catastrophe on the heads of working class and poor Nigerians.

“We, therefore, call on the Nigerian Labour Congress (NLC) and the Trade Union Congress (TUC) not to simply issue statements as it has been doing for months now, condemning in strong terms one anti-poor government policies or another without taking any serious action to mobilise to fight back, thus effectively allowing the capitalist ruling elite to condemn the masses to suffer in silence while disarming the advanced layers of the working class and youths who are rearing to fight back but need bold and militant leadership.”

Advocacy for Integrity and Economic Development (AIED) described the hike as “draconian anti-masses policy by a heartless administration.”

In a statement on Wednesday by its Director ofMedia and Publicity, O’Seun John, the organisation urged the Federal Government to revert to old price and tariff.

The statement read, “We received with shock the report of yet another increase in the price of petrol at the depot just two months after it was hiked.’’

A Professor of Economics, at the Babcock University, Segun Ajibola, noted that hiking prices of essential products such as electricity and petrol would worsen the standard of living and increase poverty level.

Idayat Hassan, who is the Director of the Centre for Democracy and Development (CDD), noted that the hike would undermine efforts to reduce cases of COVID-19, saying the masses would be forced to look for means of survival in the absence of palliatives from the government.

“Income has not increased but prices of basic amenities are going up at a time when people are losing jobs. It shows our government is not thinking,” she stated.

What one thing do all Lagosians have in common?