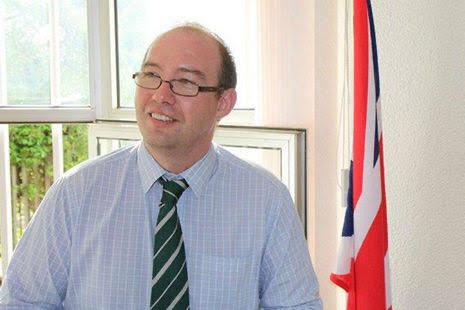 Mr. Ben Lewellyn-Jones has been appointed as the new British Deputy High Commissioner (DHC) in Lagos.

The diplomat succeeds Harriet Thompson who recently concluded four years as DHC in Abuja and Lagos.

He will be focusing his time and energy on supporting trade, investment, and development in Nigeria and growing commercial links between the two nations.

A statement yesterday from the commission said the new envoy had worked at the British High Commission in Abuja as Political Counsellor from July 2014 to July 2017.

He was most recently Deputy High Commissioner to South Africa from August 2017 to August 2020, where he supported trade and investment.

Prior to that, he was the British High Commissioner to Rwanda from 2011 to 2014.

The Presidential Task Force on COVID-19 said that cases of B117 strain of COVID-19 have been recorded in Nigeria. The...