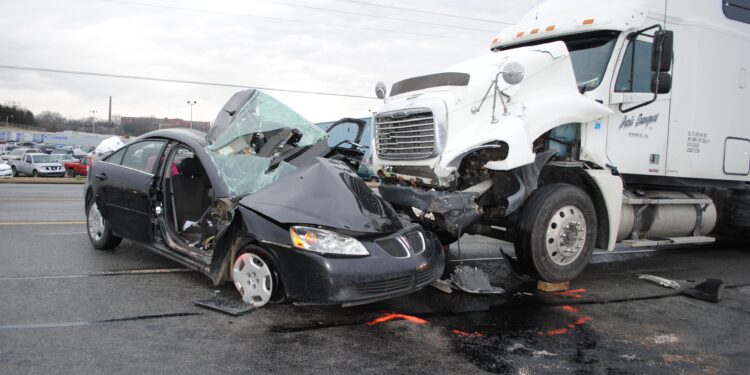 One person died after a Tipper vehicle colluded with a car along Lekki-Epe Expressway, Lagos State.q

It was gathered that the incident, which occurred at Alasia Bus Stop, inwards Abraham Adesanya, along Lekki-Epe Expressway left another male with leg injuries.

The Head of Public Affairs, Lagos State Emergency Agency, Nosa Okunbor, said the accident was a result of brake failure.

He said, “On getting to the incident scene, a Toyota Camry salon car with registration number KSF-920FF was found in a bad shape.

“Further investigations revealed that the car was run into by a granite laden tipper truck with registration number ENU-576ZZ (Enugu) as a result of brake failure.

“The driver of the car was severely crushed by the impact of the collision and died instantly.

“He was extricated from the vehicle by an expert team of the LASEMA Response Squad.

“Another victim who suffered leg injuries was rescued alive and administered first aid by the LASEMA Paramedics Team.

“The vehicles were recovered off the road.

“The combined efforts of The LASEMA Response Team, FRSC, LASTMA, LNSC, and the Nigerian Police Force worked together to ensure a swift recovery.”