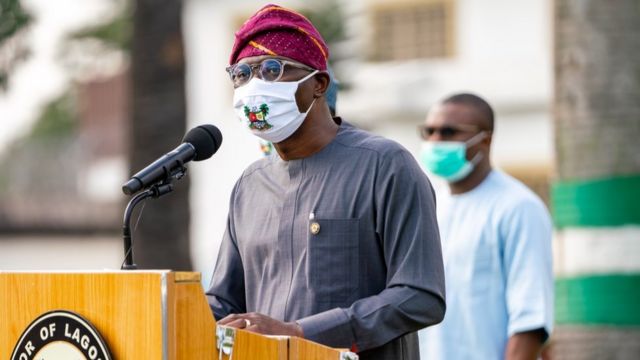 As Lagos-based schools gear to reopen, in phases, starting tomorrow, the State Government has suspended the resumption of pupils in public primary schools until further notice. Other classes are allowed to resume, in phases.

Recall that the State Governor, Mr. Babajide Sanwo-Olu, had approved resumption of primary, secondary, and tertiary institutions in the state after five months of closure introduced to curb spread of coronavirus.

However, the government while announcing the plans for both public and private schools resumption across the state said that the exclusion of primary schools was to further watch the pandemic behavior and ensure total safety before their resumption.

The state’s Commissioner for Education, Ms. Folasade Adefisayo, explained that the government would be adopting a phased approach in its plans for reopening for a new 2020/2021 academic session after disruption of academic activities occasioned by outbreak of coronavirus

Through a statement released to newsmen on Sunday by the Ministry’s Head, Public Affairs, Kayode Abayomi, Adefisayo maintained that the adopted phased reopening in public schools would enable students and staff, and other workers in schools meet COVID-19 social distance rules and safety protocols as outlined by health experts and government.

According to her, the present JSS3 and SSS2 students in public schools are to resume classes from Monday, 21st of September, 2020, and that the student would have the opportunity to prepare for their forthcoming examinations.

“The resumption will permit the present JSS3 students who are already in an exit class to revise and get adequately prepared for their forthcoming Basic Education Certificate Examination (BECE) organized by the Lagos State Examination Board and scheduled between Tuesday, 6th and Monday, 12th of October, 2020.

“The resumption will also afford the present SS 2 students an opportunity to prepare effectively for their transition to SS 3. The scheduled dates and venues for Entrance Examination into Lagos State Model Colleges will soon be announced by the State Examination Board.

“We assure parents that announcements for opening the other classes will occur as soon as we are certain of their safety. In the meantime, the unopened classes in public schools will continue their lessons on our various distance learning platforms (Online platform, radio, television, and WhatsApp) while the next phase for physical resumption will be announced in due course,” the statement said.

On private schools, the commissioner said that while they are permitted to resume from September 21, owners are enjoined to ensure all safety precautions are put in place and that phased reopening could be adopted to eliminate all chances of transmission of the deadly virus.

“The State Government strongly recommends and encourages school owners to put safety first and open in phases similar to the plans for public schools. The phased opening also includes strategies for staggered resumption in the mornings, classes on alternate days during the week, and teaching through various distance learning methods.

Adefisayo, however, reiterated that pre-primary classes and schools in both public and private schools would remain closed until further announcements are made and that stakeholders must prioritize the safety of children, teachers, and parents, and community.