The Central Bank of Nigeria (CBN) has said that the combined factors of the stretched national budget deficit, rising unemployment and inflation rates, as well as national border closure are weakening efforts to cushion the economic impact of Covid-19 on Nigerians.

Explaining this in its just releases Monetary, Credit, Foreign Trade and Exchange Policy Guidelines for Fiscal Years 2020/2021, it also predicted that the inflation rate could exceed 14 percent by December this year.

The apex bank listed the N100 billion credit to the health sector, the N50 billion lifeline extended to micro, small and medium enterprises (MSMEs) and the N1 trillion Naira intervention in manufacturing, as well as the extension of loan-to-deposit ratio from 60 percent to 65 percent, as some of the initiatives that are expected to boost domestic production, improve productivity and create jobs.

The report said: “Although these measures are commendable, there are headwinds that may undermine these expectations. These include increased federal government deficits, which may narrow fiscal space and crowd out private investment; underutilisation in the labour market due to weakened aggregate demand and a build-up in inflationary pressures resulting from the increase in VAT and border protection.

“Headline inflation is expected to hover around 13.97 and 14.15 percent at end-December 2020, owing to supply shocks, which may likely happen due to declining economic activities globally as a result of COVID-19 pandemic that started in China in Q4, 2019; demand shocks emanating from domestic and international lockdowns; food supply shocks associated with non-tariff border protection and effect of the implementation of the new budget and minimum wage.”

The CBN also expects the external reserves to hover between $29.9 billion and $34.3 billion at the end of the year. This, coupled with risk aversion of foreign investors and speculative activities, it noted, would put more pressure on the naira at the bureau de change (BDC) and investors and exporters’ (I&E) foreign exchange windows.

According to the former President of the Institute of Chartered Economics, Nigeria (ICEN), Professor Simon Irtwange, the systemic distortion triggered by COVID-19 requires massive fresh investments in productive sectors.

He regretted that much of the palliatives were rather “channeled to consumption.”

Recall that the huge deficit in national and state budgets expected to be partly plugged with domestic debts could crowd out private investments.

Around N5.37 trillion (almost 50 percent) deficit being funded by domestic and foreign borrowing is billed into the 2020 national budget.  Also, the Federal Government’s projected expenditure in 2021 is N12.658; whereas, the expected revenue is only N7.498 trillion. This leaves a hole of N5.16 or 41 percent to be plugged with debt.

A document released by the Debt Management Office (DMO) last week indicated an expansion of the country’s public debt by 8.3 percent in the second quarter of 2020. With the increase of N2.38 trillion, the total debt stock hit N31 trillion as of June 30, 2020.

Plus the quarter debt accumulated, Nigeria’s debt profile has increased by N3.6 trillion within the first half of the year, perhaps the greatest leap in such a short period in the country’s debt history.

About 35 per cent of the debt incurred by the Federal Government and states this year is sourced from the local market, the sort the CBN government warned could crowd out the private sector.

Speaking on the issues raised by the report, Managing Director of Partnership Investment Company Plc, Mr. Victor Ogiemwonyi, said fiscal and monetary authorities must necessarily align their policies before the economy could find its bearing.

The estimated N1.5 trillion Naira intervention of the Federal Government in the power sector is not reflecting in the current... 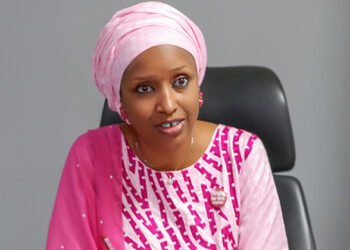