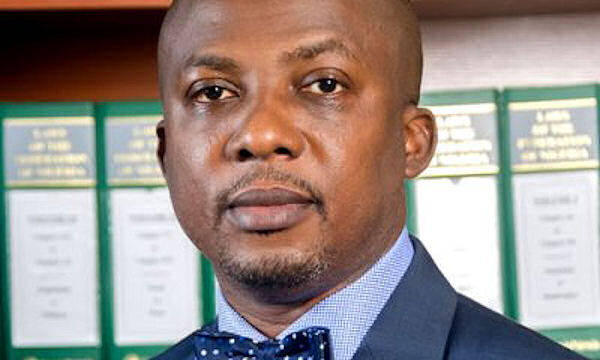 The Lagos State Government has condemned the ongoing protest by staff union members of the Lagos State University (LASU), describing it as “cheap blackmail.”

The union members are protesting the state government’s non-implementation of increment in salaries of workers as earlier promised over a year ago.

Reacting on behalf of the state government, the Special Adviser on Education. Tokunbo Wahab, said the protest was “uncalled for.”

According to Wahab, “LASU like other subvented Ministries, Departments Agencies, MDAs, collect the sum of N450,000,000.00(Four Hundred and Fifty Million Naira) monthly from the Lagos State Government as Subvention.

“We must also remember that they have Internally Generated Revenue, IGR which they generate and not accountable to anyone on how same is expended.

“Aside the subvention , the government is also responsible for the infrastructural developments of the institutions and other ancillary things including payment for accreditation exercise for which the last one cost the government N450 million.

“The government has never promised the union salary increment at any time. This is purely blackmail.

“My appeal to the protesters is to have a rethink. Protest is not the right approach to solving this problems. The union should look inward by asking the management questions on finding and not heap the blame on the state government.

“The present administration led by Governor Babajide Sanwo-Olu has been so benevolent to LASU enough since assumption of office and should be commended rather than being condemned.”

On phased resumption Wahab, who is also a lawyer, stressed that compliance with COVID-19 safety rules is a vital prerequisite.

When asked about Lagos State government’s preparedness for resumptions in the tertiary institutions, Wahab said the government ably led by Sanwo-Olu and Incident Commander of COVID-19 Lagos, “is well prepared as every necessary preventive has been put in place to have the students back in school to continue their learning.”