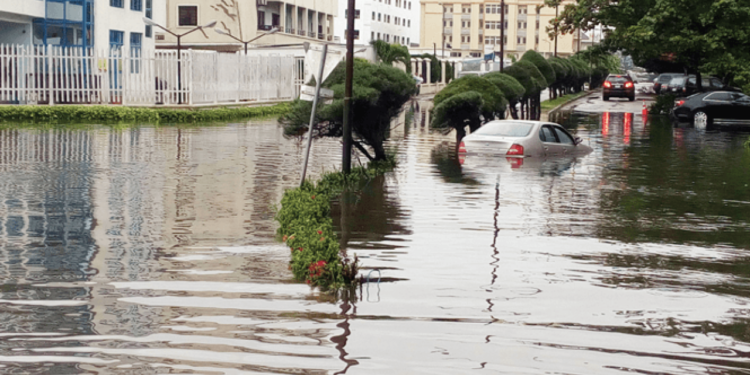 NEMA Director, Search and Rescue, Air Vice Marshall, Edward Adedokun, made the clarion call in Lagos during its tour of emergency response units of the military in Lagos to weigh their level of preparedness ahead of flood.

According to NEMA as disclosed in its “2020 Flood Preparedness, Mitigation and Response alert” issued this July, 102 LGAs in 28 states fall within highly probable flood risk areas that would be affected by flood before the end of this year.

The Director and his team toured Air Force Logistics Command and the 81 Division of the Nigerian Army.

Speaking to newsmen in Lagos, AVM Adedokun explained that there are strong indication that more states would be affected this year following the flooding experience in Kebbi State.

His words, “From the predictions of the Nigerian Meteorological Agency (NIMET), 102 LGAs out of 28 states will be highly affected, and about 274 other LGAs will be moderately affected.”

The realities on ground, the director continued, shows that what we are seeing is already surpassing that, particularly, in Kebbi state.

“Out of the predicted 11 LGAs in Kebbi state, we have had far and beyond that number that are already affected with loss of  lives, farm lands swept away. And you know Kebbi contributes largely to the national food security of the nation.”

Adedokun added, “In Lagos, there are designated LGA that they have also forewarned before now.

“By the time we see the state government, we will like to see the level of compliance with the earlier warning signs that we have passed.”

He further noted that the State Government essentially had partnered NEMA in the humanitarian services, adding, “A letter was written earlier to the various state governors alerting them of the pending flooding disaster for this year and have a strategic level”.

He told media men, “The Minister for Humanitarian gave a briefing to the state governors at the federal executive council. After that, we sent letters to the various offices. We have the Lagos territorial office.”

Adedokun further revealed that “We told them to embark on sensitisation campaign to enlighten the public and get them prepare.

Adedokun listed some of the very proactive measures NEMA expected the various states’ governments to put in place as, clearing of drainages, evacuating of gutters, and also the town planning and development control to begin to look at the various houses that do not have appropriate building code and to issue them warning early enough.